The singer, 31, and the film director, 47, are set to broadcast live from Düsseldorf, Germany, at the PSD Bank Dome on November 13, it has been confirmed. 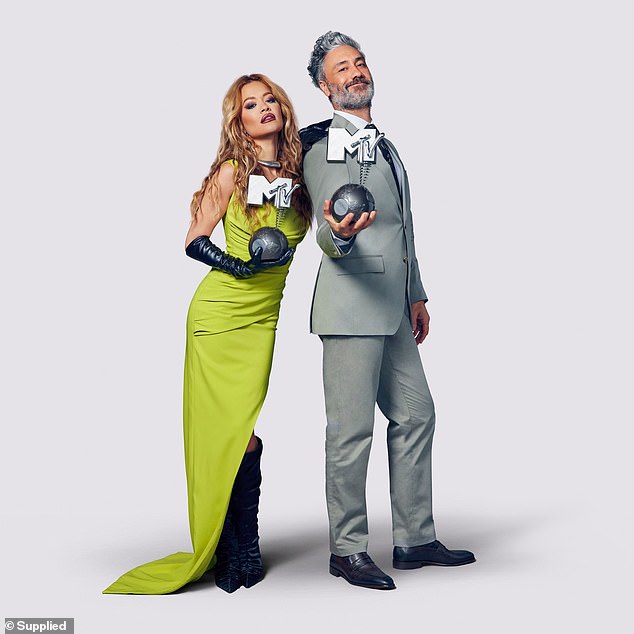 Rita Ora and her husband Taika Waititi will co-host the MTV EMAs next month.

‘Sharing the stage makes it all the more special’: Rita Ora and her husband Taika Waititi will co-host the MTV EMAs in Düsseldorf next month

In a joint statement, the couple said ‘We’re excited to host this year’s MTV EMAs and celebrate the best musicians and performances from around the world.

Rita previously hosted the EMAs in 2017 when it was held at London’s Wembley Arena, where she received several nominations and was honored with the Power of Music Award.

‘We look forward to sharing the evening with all of these talented artists.’

‘We’ve got it all at this year’s EMAs, fun surprises, fantastic fashion, comedy, and above all amazing music! We can’t wait for audiences to share these moments with us.’

The Poison hitmaker added, ‘I’m thrilled to be back hosting, and sharing the stage with Taika makes it all the more special.

The ceremony will broadcast live on MTV in more than 170 countries and on Pluto TV in select territories across the US, Latin America and Europe and Comedy Central in Germany on November 13th. 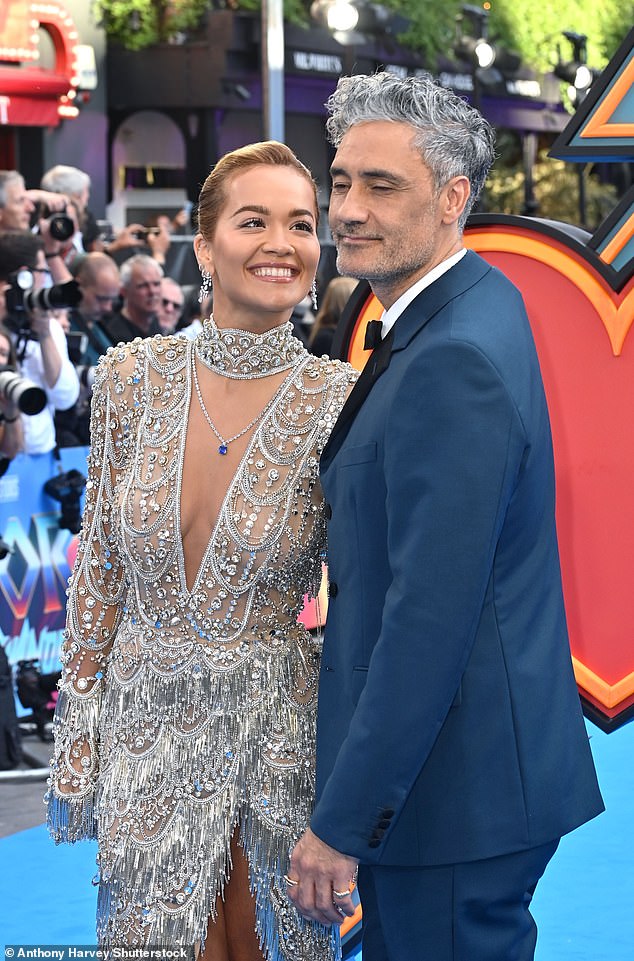 Couple: The singer, 31, and the film director, 47, are set to broadcast live from Düsseldorf, Germany on November 13, it has been confirmed (pictured in July 2022)

It comes after Rita – who has only been seen wearing the band in Instagram snaps – spoke about her love for husband Taika in a rare interview after secretly tying the knot earlier this summer.

It will be available on Paramount+ and Pluto TV globally beginning November 14th. 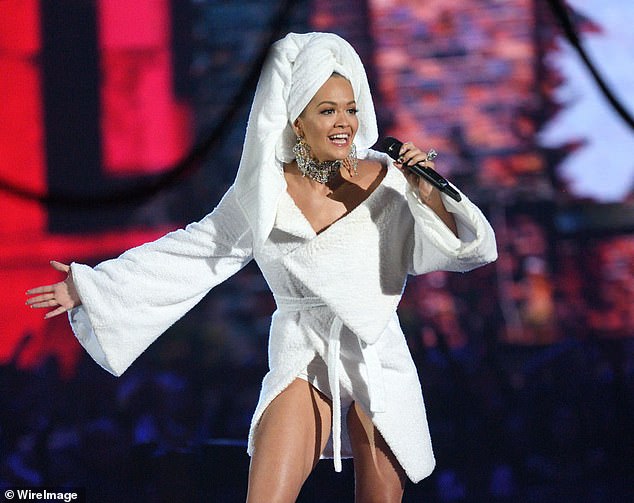 Experienced: Rita hosted the EMAs in 2017 when it was held at London’s Wembley Arena, where she received several nominations and was honored with the Power of Music Award

The former X Factor judge insisted she is head over heels with the filmmaker, 47, and hinted she is planning another big wedding in London for her friends and family.

Pop star Rita who has never explicitly confirmed the marriage – although her close friends have, says she took inspiration from her parents – her mother Vera and her father Besnik – in her search for love after learning from their strong more than 30-year relationship. 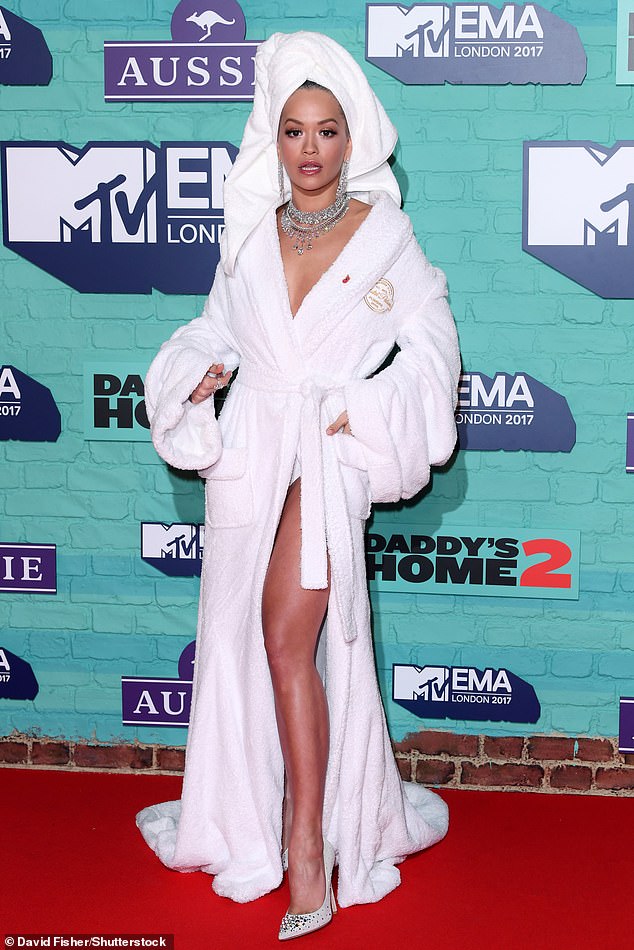 Cute: The Poison hitmaker added, ‘I’m thrilled to be back hosting, and sharing the stage with Taika makes it all the more special’ (pictured in 2017)

‘But I love love as well. I’ve always been such a believer in it and I’ve always felt like I always wanted the fairytale and that’s what I grew up loving.’

‘I made that choice. It made me happy and I love Taika. He’s so funny and lovely.’

On her mum and dad, she added: ‘My parents have been together for over 30 years, so for me it was always about love and finding a partner and all that, so I’m really happy I did.

At the time, the star was said to have changed her surname, meaning she will now be known as Mrs Waititi-Ora.

It emerged Rita had married Taika in an intimate ceremony in London in August.

Rita and Taika started dating in March 2021, before going public with their romance that August.

The hitmaker and the Thor: Love And Thunder director were both pictured with gold bands on their ring fingers in the days around their wedding – sparking speculation they had already tied the knot. 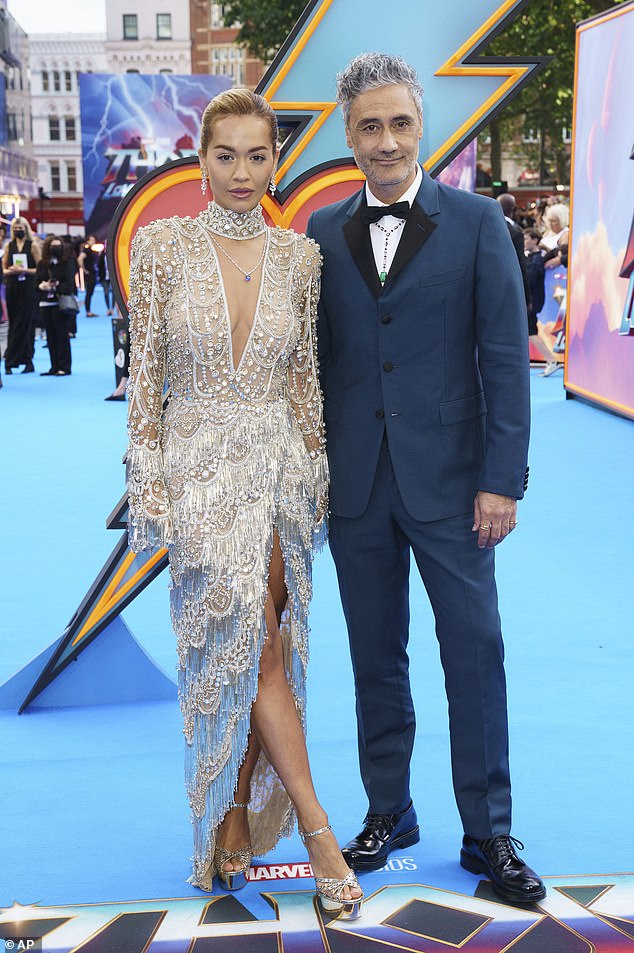 Couple: Rita and Taika are pictured in July 2022 at the screening of his film Thor: Love and Thunder in London

The couple got engaged two before their August wedding, with sources claiming they were planning a huge party to celebrate their secret wedding with friends and family.