Just a few days ahead of the Winter House Season 2 premiere, Bravo released an “exclusive first look” that featured numerous photos from behind the scenes. They featured stars Amanda Batula, Jason Cameron, Craig Conover, Kyle Cooke, Paige DeSorbo, Luke Gulbranson, Austen Kroll, and Ciara Miller, who are back for another drama-filled trip to Stowe, Vermont. 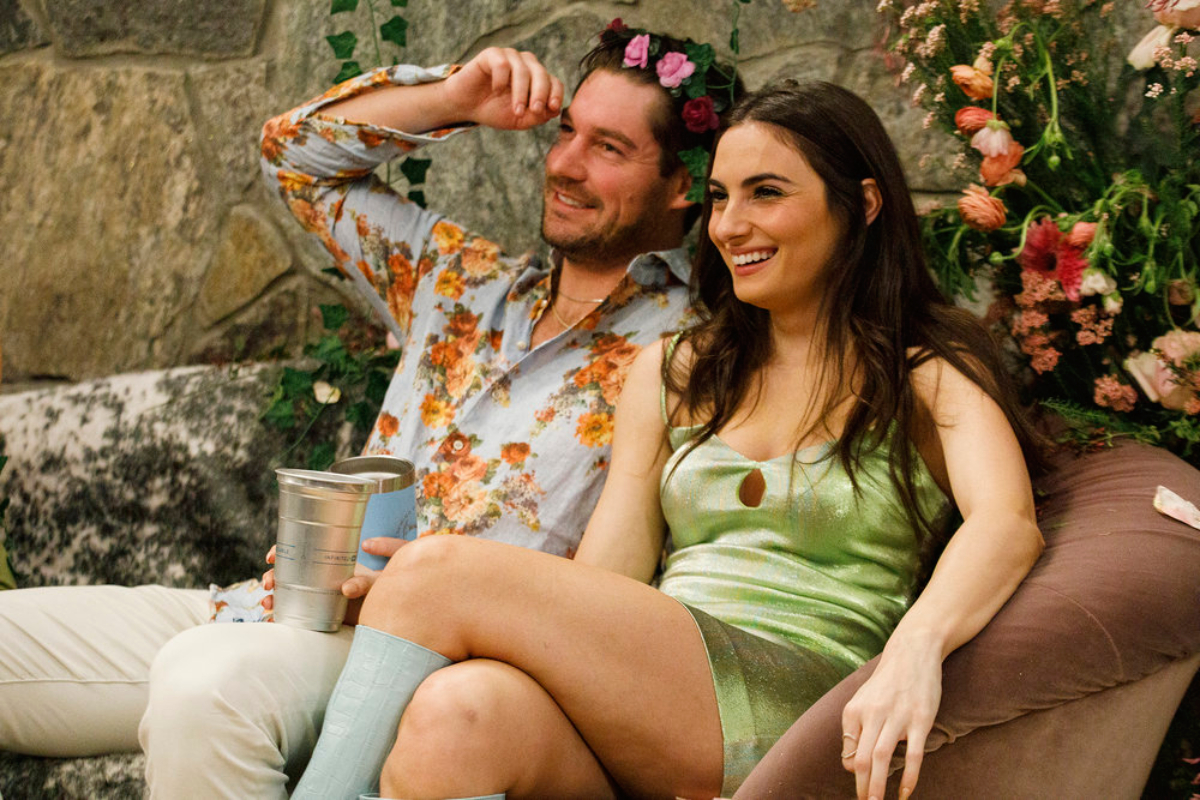 Winter House is back for season 2, and the promo push from Bravo has fans talking about Paige DeSorbo. Her relationship with Craig Conover can’t be denied, as this season was filmed after the couple went Instagram official. But could a behind-the-scenes photo indicate that Craig and Paige have another big announcement to make?

But amid all of those fun photos, there was one context-free image that caught the eye of many fans — Paige with her hand on a baby bump. Is it possible that she and Craig are expecting?

By the fall of 2021, they realized they wanted to be together, and they made things official last October. And by December, they were getting questions about a possible engagement.

Paige and Craig’s relationship turned romantic not long after they filmed Winter House Season 1. They had both just split from their respective exes, and they connected when she visited Charleston, South Carolina, over the summer. They continued to see other people while they explored their relationship, which was well-documented in season 6 of Summer House.

Paige and Craig have come a long way in their relationship since fans watched Summer House Season 6. They have admitted they are planning a future together, and they have talked about marriage, kids, and family. That’s why Paige moved to Charleston this past summer to be with Craig instead of doing long distance from New York City.

“I mean, we have only been dating for a couple of months. But if I can trick him into a diamond ring, I’m going to do it!” DeSorbo joked, per People Magazine.

But in the Winter House trailer, she reveals that she is scared about taking such a huge step. He tells the cameras, “This will be the longest Paige and I have ever spent together.” While she admits, “I’m not used to living with a boyfriend. I’m f***ing terrified.”