Read on to learn more about her efforts in early childhood development, her sweet visit to the maternity unit, and what she’s said about adding another baby to her brood of three with Prince William. 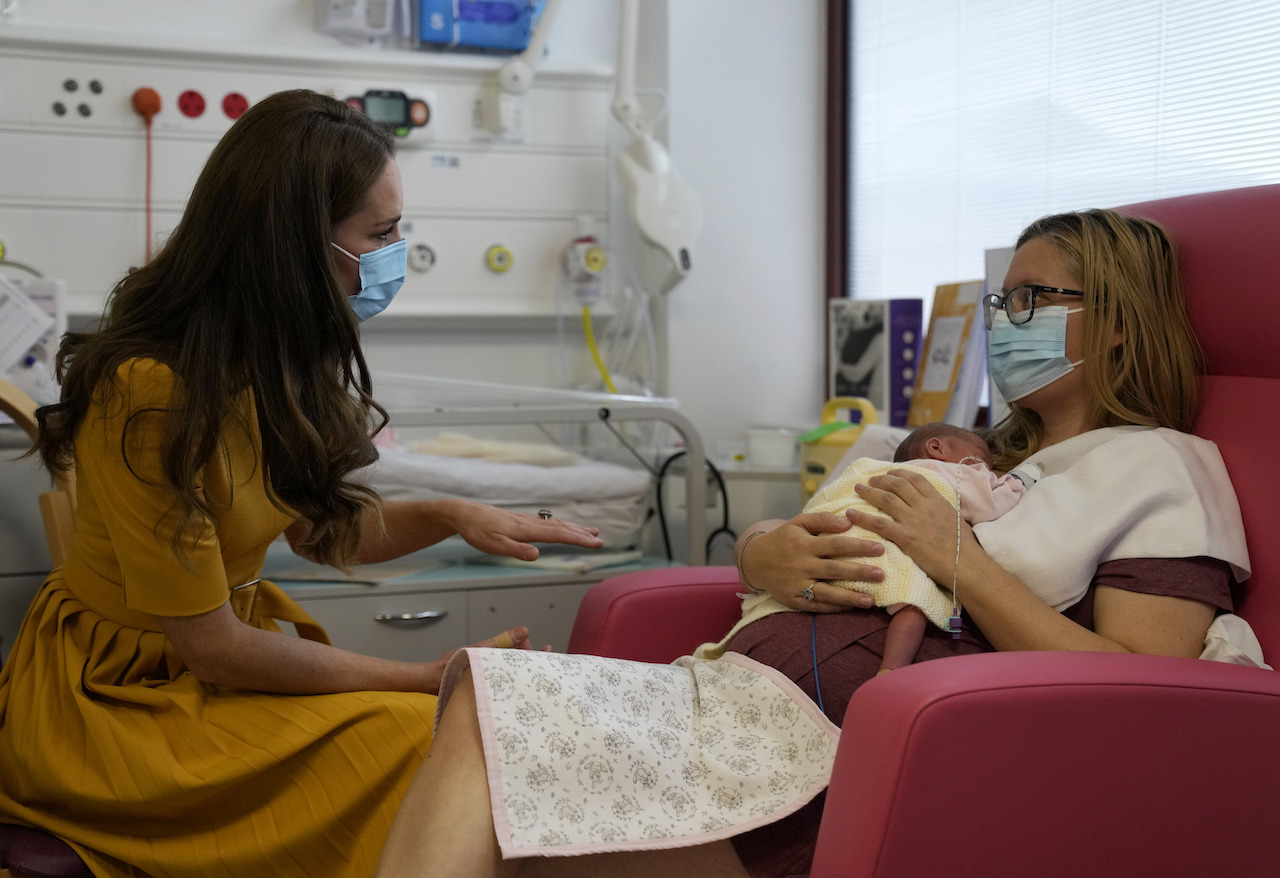 Kate Middleton stopped by a maternity unit for royal duties, and the Princess of Wales relished the chance to snuggle a tiny newborn as part of her work while there.

While there, the princess met with a team specialized in working with women whose pregnancies and postpartum adjustment periods are impacted by mental health illnesses.

At the maternity unit of the Royal Surrey County Hospital, Kate learned about the staff’s work with pregnant women, new mothers, and young children. People reported that the facility delivers and takes care of about 3,000 babies yearly.

Since becoming a mother, Kate has focused much of her royal work on helping mothers and children in early development. “My own journey into understanding the importance of early childhood actually started with adults, and not with children,” she explained in a video on Instagram (per Vanity Fair).

Kate seems to enjoy motherhood, and experts have noted that she appears highly in tune with the emotional needs of her children. But she once revealed she experienced terrible morning sickness and didn’t always find pregnancy pleasant. As such, she began advocating for more support for pregnant women.

While visiting the hospital, Kate met and talked with a 43-year-old mother named Szilvia Novak. Her daughter, Bianca, was born six weeks early.

Kate Middleton once said she gets ‘broody’ around newborns, but rumors of baby no. 4 have quieted

While speaking to reporters in February of 2022, Kate confessed that being around newborns gives her a touch of baby fever. “It makes me very broody,” she shared (per E!).

During their chat, Novak asked the stylish princess if she would like to hold Bianca. The royal asked if she was allowed before staff helped pass the premature newborn into her eager arms (per Hello!)

William addressed the possibility, asking onlookers not to encourage Kate by cooing at her when she held a baby (People). “Don’t give my wife any more ideas,” he joked before instructing Kate not to try and take the baby with her.

“William always worries about me meeting under one-year-olds,” she said. “I come home saying, ‘Let’s have another one.’”

Kate disclosed the new Prince of Wales isn’t keen to scratch her newborn itch. The talk of baby number four has quieted, especially since she told fans, “I don’t think William wants any more.”