‘House of the Dragon’: Paddy Considine Shares Why Viserys ‘Shouldn’t Really Be a King’

House of the Dragon opens with Viserys I Targaryen (Paddy Considine) on the Iron Throne, but the Game of Thrones prequel raises questions about what kind of king he is. From the matter of his succession to his priorities for the realm, Viserys often acts in ways that leave the audience — and the people he’s ruling — feeling perplexed. And according to House of the Dragon star Paddy Considine, his character “shouldn’t really be a king.” Although he’s got good intentions, that’s not always enough to be a successful leader. 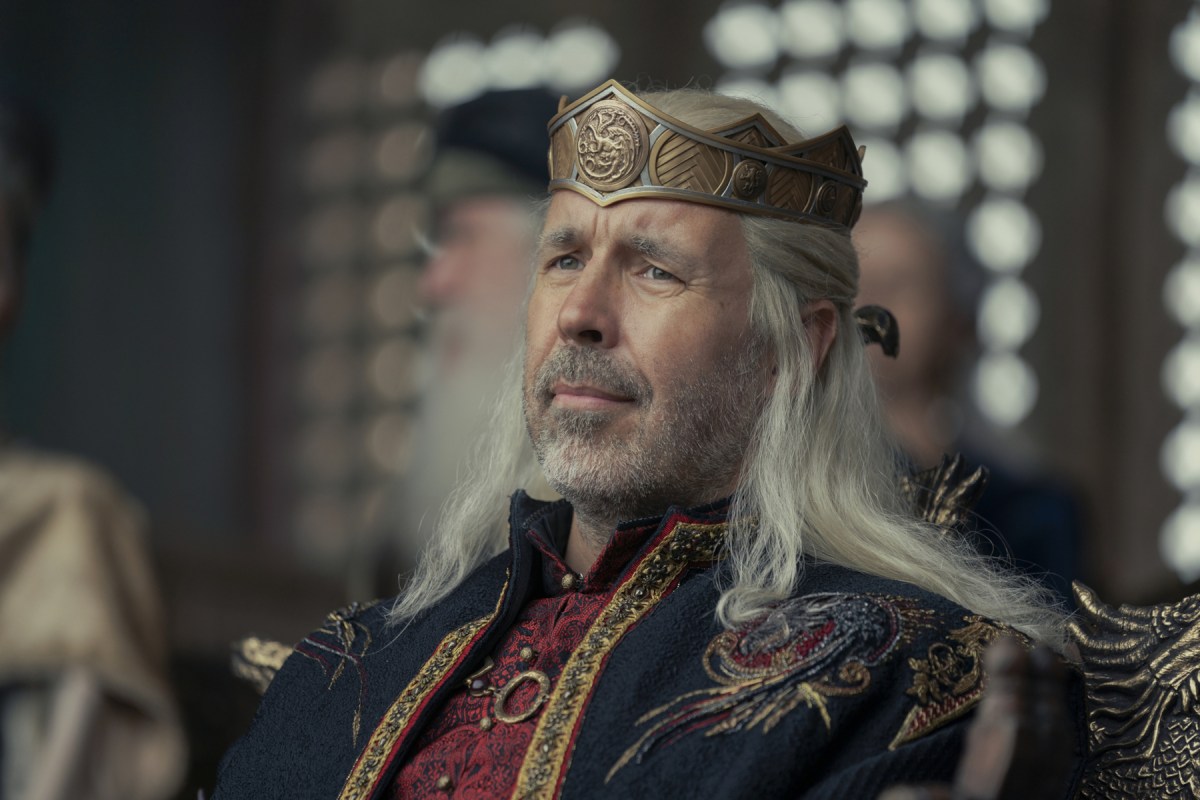 While most leaders in Westeros strive to manipulate those around them and strengthen their grip on the throne, Viserys is more easygoing. In fact, one could argue he’s a bit too easygoing.

King Viserys is a complicated leader in ‘House of the Dragon’

House of the Dragon paints King Viserys as a leader who wants to do what’s right, but he’s also someone who doesn’t seem interested in all the political maneuvering that comes with the Iron Throne.

There’s no denying that Viserys understands what it means to rule, and he certainly has good intentions for the realm. However, there’s more to leadership than that. And that’s why Paddy Considine isn’t confident that his House of the Dragon character should be a king.

From choosing (and keeping) Princess Rhaenyra (Milly Alcock) as his successor — despite backlash — to letting people like Daemon (Matt Smith) get away with disobeying him, it’s hard to say that Viserys inspires fear or respect. In House of the Dragon Episode 5, a brawl breaks out at Rhaenyra’s wedding — and even orders from the king aren’t enough to stop it.

During an interview on Entertainment Weekly’s West of Westeros podcast, Paddy Considine discussed why King Viserys is such a complex and fun character to play. He made interesting points about Viserys’ inclination toward leadership — or rather, his lack thereof.

He’s not wrong. Being a good person doesn’t get you very far in the world of Westeros. And it rarely inspires songs and legends. According to Considine, that’s a difficult reality for Viserys to accept.

“He’s the sort of man who’s king, but he shouldn’t really be a king,” Considine explained. “Because he’s not a natural leader. He’s just a good man, and that’s not the quality you need to rule that kingdom.”

From what we’ve seen in House of the Dragon, it’s clear King Viserys isn’t the most impactful leader Westeros has ever had. And according to Paddy Considine, that’s something that weighs on him: the fact that he may not be remembered fondly — or at all.

Of course, King Viserys’ actions may not be tyrannical, but they’ll lead to some very memorable moments once the Dance of the Dragons begins in full. We’ll have to wait to see how people talk about him after that.

RELATED: ‘House of the Dragon’: Emily Carey Was ‘Concerned’ About Alicent and Viserys’ Sex Scene

New episodes of House of the Dragon air every Sunday on HBO.