‘Sister Wives’ Star, Kody Brown, Claims There Was No Intimacy in Marriage to Christine Brown Because She Was ‘Being Mean’

Christine Brown’s marriage was not a happy one. If the mother of six is being honest, it probably was never a true love match. Christine even described her wedding day as morose. Still, things really turned sour when the family moved from Las Vegas to Flagstaff, Arizona, in 2018. In recent years, Christine has talked openly about a lack of intimacy and sex in her marriage. Kody’s lack of interest in reviving their physical relationship factored heavily into Christine’s decision to leave. 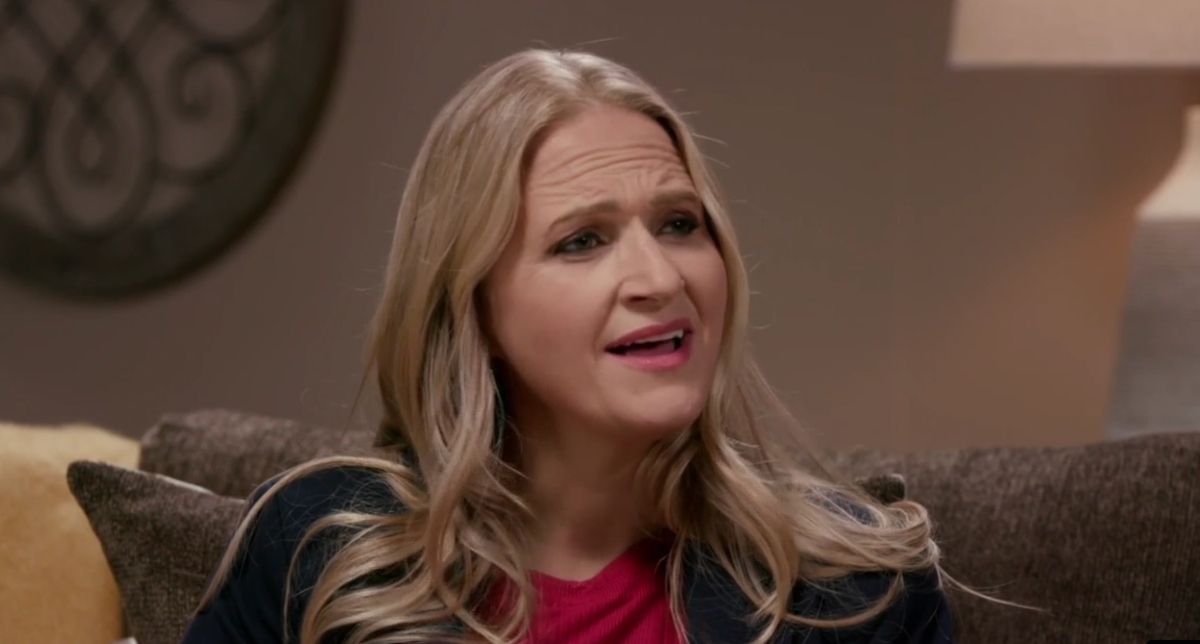 In November 2021, Christine Brown announced the end of her spiritual marriage to Kody Brown. Sister Wives fans are learning during season 17 of the series that the announcement was a long time in the making. Since separating from Kody, Christine has talked openly and honestly about the end of her marriage and what exactly was the final straw. In the upcoming episode of the series, Kody finally admitted why, in his opinion, there was no intimacy in his marriage to Christine. Kody alleges he thought Christine was “being mean.”

Kody Brown said he thought Christine Brown was being ‘mean.’

Christine’s dissatisfaction with her marriage has been heavily highlighted on Sister Wives. In season 16 and now season 17 of Sister Wives, TLC has opted to highlight how Christine feels and what led the mother of six to abandon polygamy altogether. In a clip from the upcoming episode, Kody finally revealed what he thinks the biggest barrier to intimacy was.

Christine’s bedroom wasn’t the only one that was dead. In a season 16 tell-all episode, Meri Brown revealed that Kody had withdrawn all intimacy from her marriage years before. Meri claimed she and Kody hadn’t had an intimate relationship for more than a decade at the time of filming, several years before Meri was caught in a catfishing scandal. Janelle Brown, Kody’s second wife, has chosen not to discuss her sex life, or lack thereof, with the world.

Kody does seem to have some remorse now that Christine has opted to end their marriage. In a rare introspective moment, Kody claims he should have dealt with the issues in his marriage to Christine differently. Still, he isn’t saying the one thing that Sister Wives fans are waiting for him to say. Kody has yet to admit that adding Robyn Brown to the family caused the dynamic to change and shift completely. Is that revelation coming at some point? It seems unlikely. At the very least, Kody won’t be the one to finally say it.

In a clip released via Twitter and Instagram, Kody said that he believes intimacy can’t exist without trust. The famed polygamist claimed he lost all trust in Christine because he thought she was “being mean” to her sister wives. He explained that he was angry with Christine because he thought she was “unwinding” his plural marriages. From what has been shown on Sister Wives, Christine was simply expressing her feelings and not necessarily “being mean.”

RELATED: The Best Thing About Season 17 of ‘Sister Wives’ Is All the Honesty About Kody and Robyn Brown
Go to Source