During most of NCIS: Los Angeles Season 13, the big question focused on Hetty’s (played by Linda Hunt) whereabouts. She was working on a secret operation, and no one seemed to know exactly what she was doing or where she was. 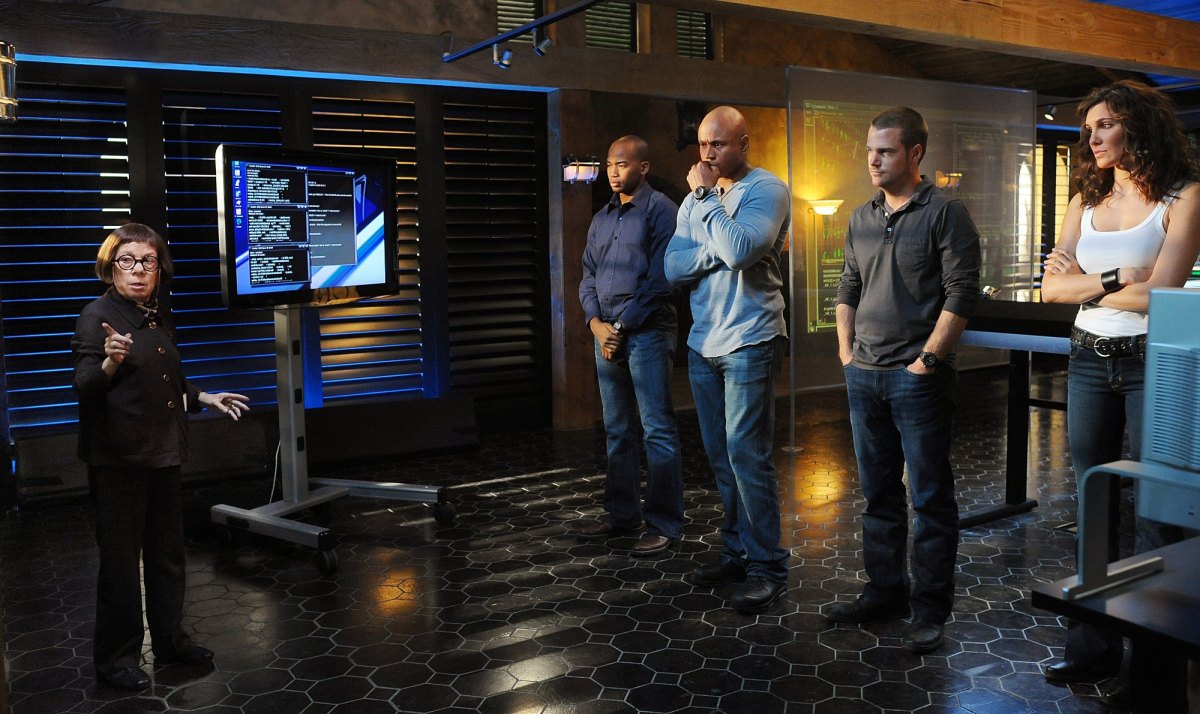 NCIS: Los Angeles is back for season 14. The series picks up where it left off with Sam, Callen, Kensi, Deeks, and the rest of the team. Here’s what to expect for the NCIS: Los Angeles Season 14 premiere.

Callen is on a mission to bring Hetty back

Once Callen (played by Chris O’Donnell) discovers Hetty’s location, he wants to work on bringing her back home. However, this will have to wait. Kilbride needs everyone on the team to pitch in after terrorists bomb a facility where military combat drones are made. The NCIS Los Angeles agents are under pressure to find the person responsible for the bombing and uncover the motive.

NCIS: Los Angeles executive producer R. Scott Gemmill tells TV Line that Hetty has finally been located. She is working in Syria. “It starts off very bad for her, but eventually [the information provides] a little bit of hope,” he tells the publication.

“Her absence affects Callen as he works toward having his wedding, realizing he doesn’t really want to go through with that without her,” he tells TV Line.

As Callen prepares for his wedding to Anna (played by Bar Paley), he thinks about Hetty. Gemmill says Callen doesn’t want to have this special day without her. Hetty has been such an important part of his life.

This isn’t the first time one of Sam’s kids needed help. During season 12, Sam’s daughter, Kamran, was kidnapped. Thankfully, everything worked out and she was found alive.

During this episode, we see Sam Hanna turn to the team for help. His son, Aiden, is in danger of losing everything he worked for. His military career is in jeopardy after he is accused of pilot error, reports TV Line.

“They’re trying to be cool but are overprotective,” Gemmill tells TV Line. According to the publication, Deeks’ mother, Roberta, will drop by to help guide the new parents.

Kensi and Deeks are learning how to be parents

Now that Kensi and Deeks are parents (they adopted Rosa last season), they’re trying to figure it all out. However, it’s tough for them to learn the balance between protecting their daughter and giving her the right amount of space.

We also continue to see a relationship develop between Tennant and Torres. There was a lot of flirtatious banter between the two. Could this be the next NCIS couple?

What else is happening in the ‘NCIS’ universe

During the NCIS Season 20 premiere, we finally learn who the Raven is. Viewers got a treat when NCIS and NCIS: Hawaii joined forces for a crossover event. Jane Tennant (played by Vanessa Lachey) and her team helped the NCIS agents get to the bottom of the situation with Parker.