Jimmy Page Once Said His Drug Use Never Got Out of Hand, but 1 Led Zeppelin Album Paints Another Picture

Several tragedies hit Led Zeppelin in the mid-1970s. Singer Robert Plant nearly lost his leg after a car accident on vacation in 1975. His son died tragically two years later. And as the band labored to release 1979’s In Through the Out Door, Page battled his heroin addiction, as Rolling Stone wrote in 2019. 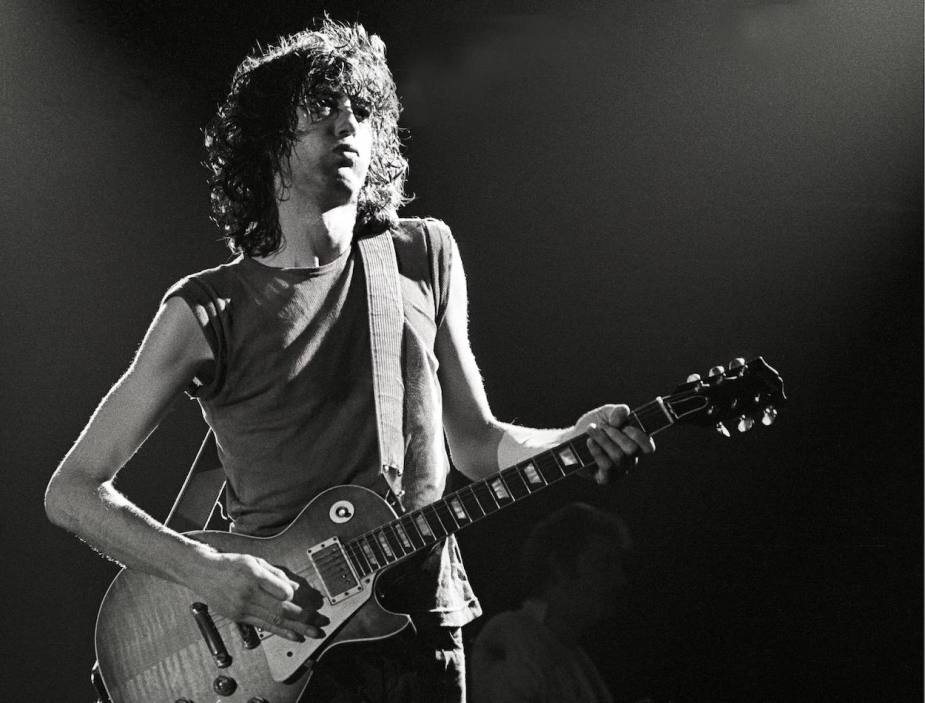 Led Zeppelin personified the rock ‘n’ roll lifestyle of the 1970s. Jimmy Page was a living guitar god, the band had a string of chart-topping albums, and their concerts were must-see events. Part of the lifestyle included Page’s drug use, which he never felt got out of hand even though it nearly fractured the band.

In Through the Out Door usually sits near the bottom of the list when ranking Led Zeppelin’s albums. Part of the reason for that is the lack of Page’s incendiary guitar, which he provided on every album to that point. Years later, though, Page said he never felt his drug use was out of his control.

When drummer John Bonham died in 1980, Page said Led Zeppelin couldn’t replace him, and the band broke up. However, the quartet was already divided into two camps by then. One camp included a heroin-addicted Page and a binge-drinking Bonham. Plant and bassist John Paul Jones weren’t teetotalers, but their vices didn’t impact the band the way Page and Bonham’s did. They latter two showed up late to Out Door rehearsals, and Page had the fewest of his Led Zeppelin songwriting credits on that album.

With Page and Bonham saddled by their vices, Jones and Plant did much of the heavy lifting on In Through the Out Door. It’s not a guitarless album, but Jones’ composing and synth play are much more prominent than ever before.

Page never felt his drug use was out of control

RELATED: What Does Jimmy Page Say About ‘Stairway to Heaven?’ The Song Has an ‘Everlasting Quality’ That Makes it Powerful

“There wasn’t a period when I thought I was in too deep. In retrospect, yeah, I’d consider it. But I’m still about. I don’t mean to be flippant about it, because we lost some amazing people along the way. But as far as feeling I was out of my depth on drugs, no, I didn’t.”

Page put Led Zeppelin together, paid to record the first album, and was the creative driving force as the band became one of the biggest groups in the world. His heroin habit had him coming off the bench for Out Door. Still, Page never felt his drug habit was out of his control, as he once told Rolling Stone in a 2012 interview:

RELATED: Jimmy Page Once Said Led Zeppelin’s Debut Album Came Together in an Astonishing Amount of TimeJimmy Page discusses his drug use

Page said his drug use never overwhelmed him. Yet the Daily Mail reported that it took several years for him to kick his heroin habit. Both could be true, but two things are certain — Page could have ended up a rock ‘n’ roll casualty, and In Through the Out Door was an outlier among Led Zeppelin albums since Page’s involvement was minimal.

Jimmy Page’s drug use continued for several years of his life, including Led Zeppelin’s later period. In Through the Out Door may not be Zeppelin’s finest album, but at least he was around to play on it.