How Much Older Is Aaron Rodgers’ Than His Girlfriend Blu of Earth?

Rodgers has caused controversy in the past over his COVID-19 vaccine status and stance against getting it, as well as his admission that he used a psychedelic drug. He’s also been in the news from time to time regarding his love life with some very famous women including Olivia Munn, Danica Patrick, and Shailene Woodley. Now though the NFL star is reportedly dating a woman who is not in the limelight. Here are a few things about their relationship including how much older Rodgers is than his girlfriend Blu of Earth. 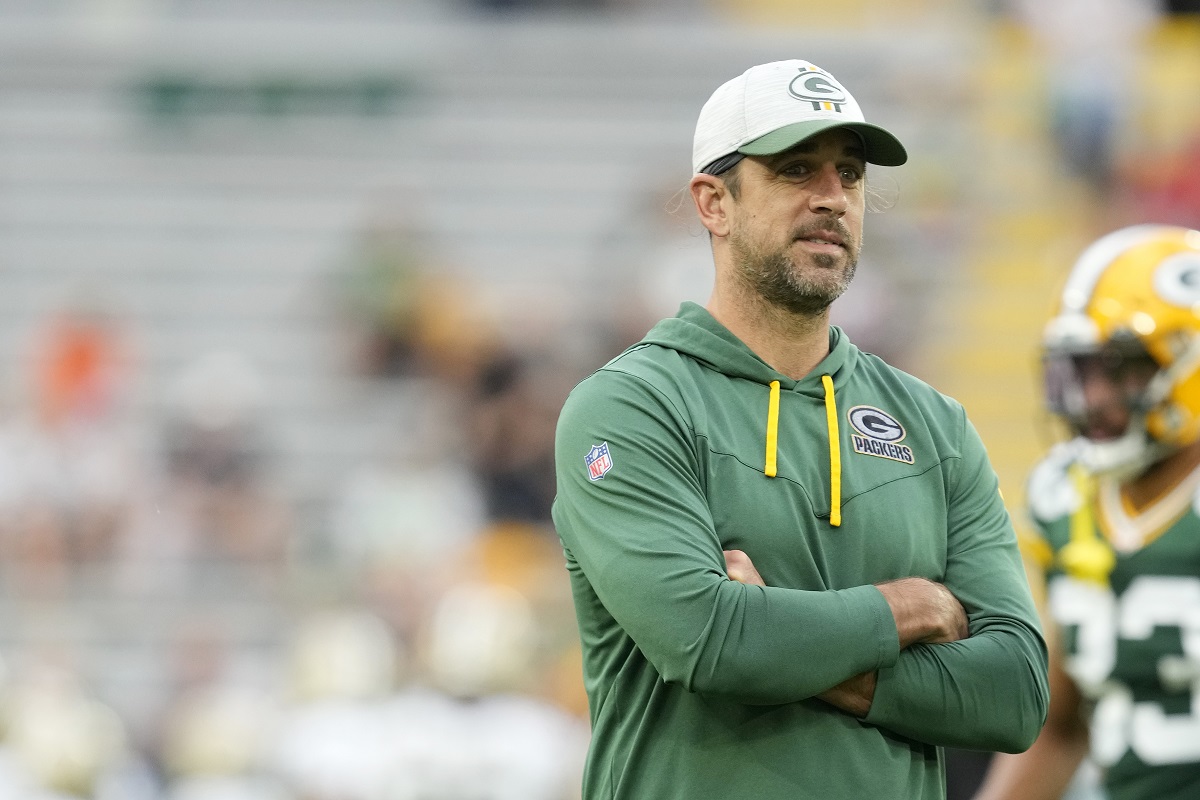 Aaron Rodgers is one of the best and most popular players in the NFL today. However, the Green Bay Packers quarterback has garnered headlines for more than just his skills on the field.

By June, the athlete was linked to Blu when they were photographed on a trip together. The rumors about them being an item really gained traction when Rodgers showed off a unique tattoo he got that is very similar to one Blu has.

When Rodgers and Blu were first linked

Before Blu, Rodgers was set to walk down the aisle with Woodley but they called off their engagement in February 2022. They got back together briefly but ended things for good in April 2022.

While Blu, whose birth name is Charlotte Brereton, is under the radar much more than the quarterback’s exes we do know a few things about her including her age.

She considers herself an artist. And according to multiple publications, she also co-founded the Florescence school for women “looking for something more authentic, something magical, and something that is just for them.”

Blu co-founded a school and hosts a podcast

Many fans have been curious about Blu’s occupation especially after she shot down claims that she was some type of witch.

In September, Blu returned from a “self-love journey” when she attended the Burning Man festival in Nevada. She documented that journey on social media writing: “Your life is also filled with potential and magic. And you f***ing matter and we are in this thing called life together. No filters. Just truth … I got lost physically and emotionally in a whirlwind of dust. I wept. And wept.”

In addition, Blu has her own YouTube channel and is the host of a podcast called Deja Blu which she describes as “a clean reservoir of consciousness from which souls thirsty for purity, relief, and love can drink.”

RELATED: How Much Older Is Rams Coach Sean McVay Than His Wife Veronika Khomyn?
Go to Source