During an interview with Anthony DeCurtis, George talked about how he wanted his 1987 album, Cloud Nine, to sound. Luckily, he had Jeff Lynne as his co-producer, and they shared a dislike of pop music. George wanted Cloud Nine to sound like older music. 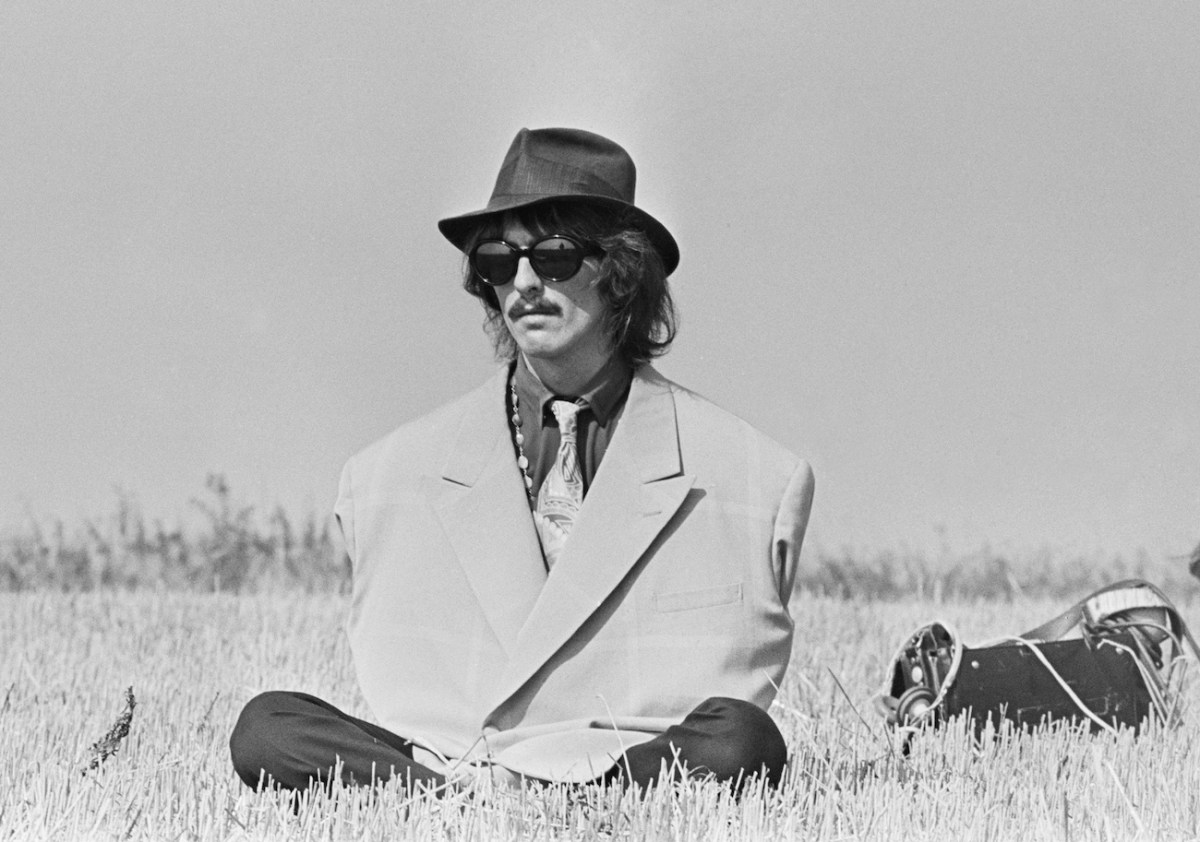 George Harrison thought that when artists copied each other’s sounds, it came out like “washing-up liquid.” The former Beatle didn’t like all the inhuman sounds that artists used in the recording studio. He wanted his music to sound natural.

“Because personally, although there’s many records that are really good like that, it’s not my favorite sound. I still prefer all the old stuff… I think it’s gone crazy really, with what people can do these days. They just switch on a machine, an emulator, and they hit a button and they’ve got a huge orchestra.

“So the basis of the album is to get it so it sounds like a band, and although it’s recorded now, it still has a feel of how the records used to be before all these MIDI-ed things and drum machines and all that kind of stuff,” George said.

“But once you used it and everybody else gets them, you can pick them out a mile [away], and they’re already finished. Like in the early ’70s, it was string ensemble synthesizers, and everybody had these strings playing block chords, which are really horrible sounding.

“But it’s not really … Although it is a real orchestra sample, it’s still not the same as having string players in the studio. It lacks that human feel. Like in the early ’60s, when we got a Mellotron—OK, we used it on ‘Strawberry Fields,’ and basically that was the one.

RELATED: George Harrison Wrote ‘This Guitar (Can’t Keep From Crying)’ About Being Down, Not out, on His 1974 American Tour

“Say we wanted to sample a snare drum sound, and this is something Keltner pointed out as well. This is the difference between the ‘now’ kind of consciousness where you get this drum sound, put it in your machine, and then you save it onto your disc. This is what Jim and all these engineers and millions of people will do.

“Everything’s become so dependent on sampled sounds,” George explained. “I don’t mind sampled sounds, but rather than find one that’s already in there [referring to synthesizer pre-sets and the like —Ed.]—and this is a great thing about Jeff.

“Fresh, yeah. Otherwise, you’ve got people who now are just copying sounds off everybody else’s records, and it becomes like … washing-up liquid [indistinct].”

“With Jeff, he just gets a good drum sound, say a specific snare drum sound, and he’ll use that. And then, he doesn’t have Keltner saying to him, ‘You mean you don’t have a disc drive on your drum machine? What happens when you want to use it again?’ He said, ‘I don’t use it again, I’ll make another one.’ And I like that
idea, I like that approach. Everything, then, is …

RELATED: George Harrison Did Something Uncharacteristic While Writing ‘When We Was Fab’