Tarek El Moussa showed off the designer gifts he bought for his wife, Heather Rae Young

Heather Rae Young’s birthday is Sept. 16, and the Selling Sunset star’s husband, Tarek El Moussa, posted photos of his wife’s lavish gifts. Since the couple recently shared several videos and pictures showing them celebrating with friends, it’s unclear whether the presents in El Moussa’s photo came from himor others. 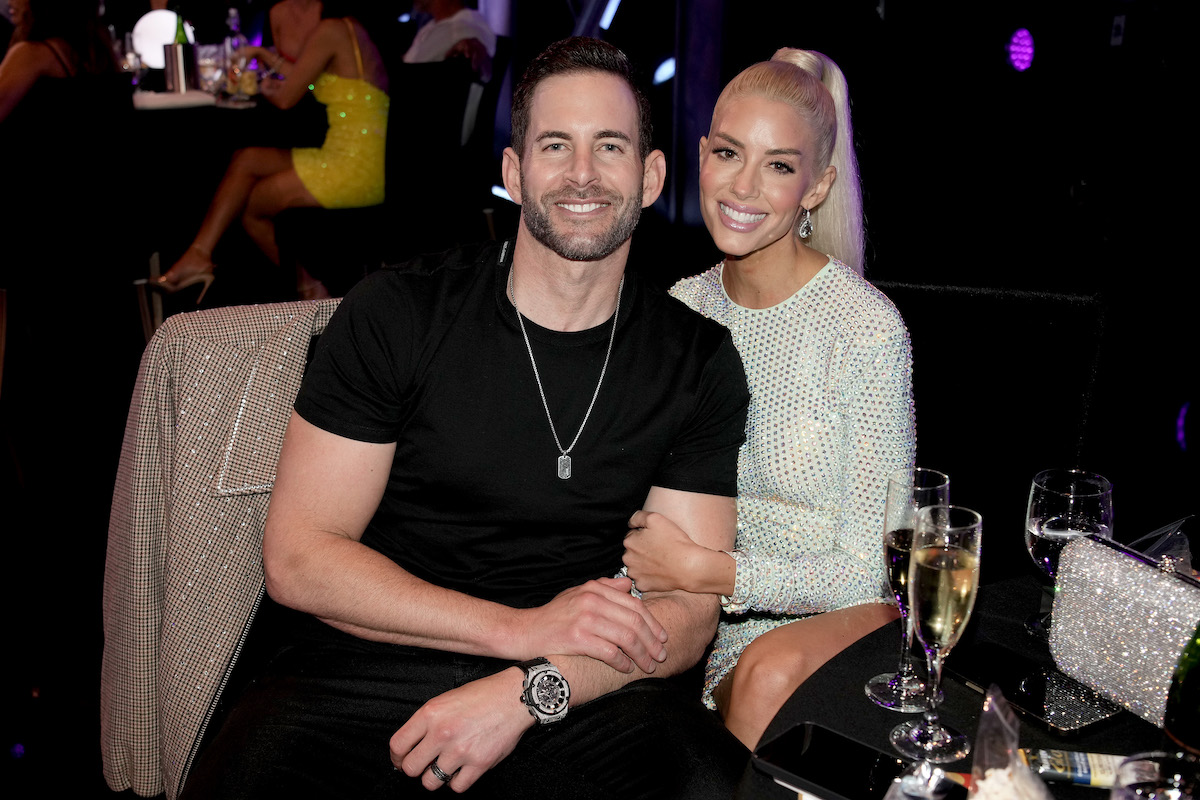 Tarek El Moussa recently posted an Instagram photo of himself carrying gifts for his wife, Selling Sunset star Heather Rae Young, and fans are slamming the Flip or Flop star for showing off designer labels. Here’s what El Moussa posted and how fans responded.

Although it’s unclear who bought the gifts for Heather Rae Young, fans criticized Tarek El Moussa for flaunting the designer labels on his wife’s birthday presents.

On Sept. 20, the Flip or Flop star took to Instagram to show off some of the designer gifts. “Got caught by the paparazzi securing all the bags ?,” he captioned a photo of himself carrying gift boxes and bags with the huge designer labels, including Louis Vuitton and Versace, prominently displayed. “Just kidding they caught me holding Heather’s gifts… so basically another average day for me ??❤️.”

Another fan pointed out that El Moussa loves nice things, yet he often insisted on using cheap materials in houses on Flip or Flop. “But obviously cheap materials used on the flips…… humm ?,” the fan wrote.

“Bragging Gone to [sic] Far??,” wrote one fan, while another said, “Love your humility so becoming!” And one fan commented, “How vain is this?”

But some fans defended El Moussa. “Congratulations on all your success Tarek. Just shows how hard work and discipline pays off ?❤️?,” wrote one fan, while another commented, “So many jelly folks here WISHING ???☕️.”

In July, El Moussa and Heather Rae Young revealed that they are expecting their first baby together. The Flip or Flop star already has two children, Taylor and Brayden, from his first marriage to his former co-star, Christina Hall.

Tarek El Moussa can’t get a break from social media trolls. He was recently criticized for “oversharing” his personal life on Instagram.

Although some fans responded with comments saying they wanted to see what happened, many more said they hoped El Moussa would keep some things private.

On Sept. 19, El Moussa shared an Instagram post asking his 1.2 million followers if they wanted to see footage of the moment the couple told their families about the pregnancy.

And one fan dissed the HGTV star by commenting, “Another pathetic family needing online ‘likes’ to feel worthy of themselves – pathetic.”

In a comment that received more than 100 likes, one fan wrote, “I really think you need to keep some personal and private moments just that. I think your kids would benefit from that. You share too much they should know is just their own to keep.”