The Today show host, 48, was all smiles while walking with his daughter Harper in Sydney on Friday afternoon. 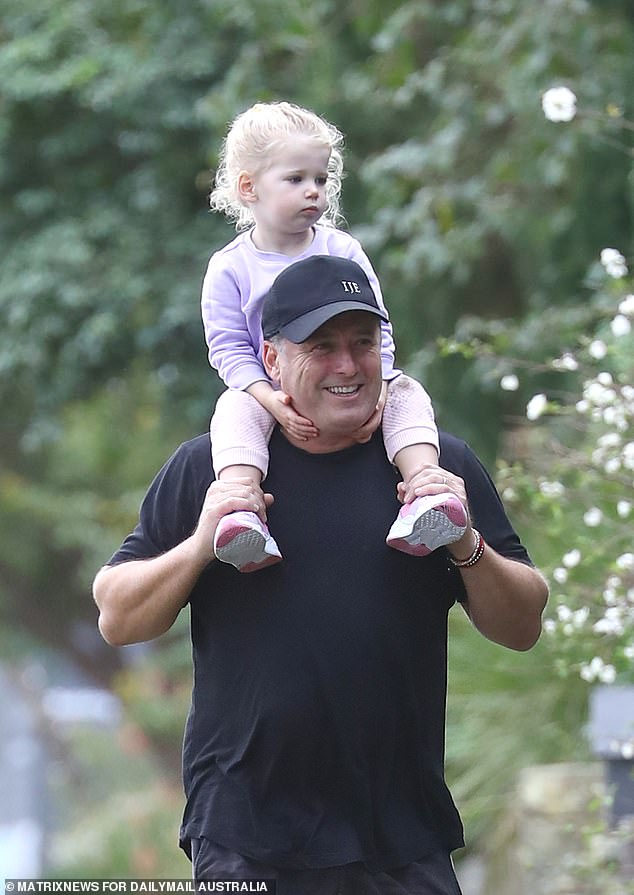 Karl Stefanovic looked like he did not have a care in the world while out for a walk with his two-year-old daughter after being accused of ‘touching’ a male waiter at a gala dinner.

It comes after Queensland Police confirmed on Thursday they were investigating Karl after he allegedly assaulted a man at a melanoma fundraiser held at the Mercedes-Benz showroom in Brisbane‘s Newstead on August 20.

Karl was pictured walking down the street with his daughter on his shoulders before holding her hand while crossing the road. 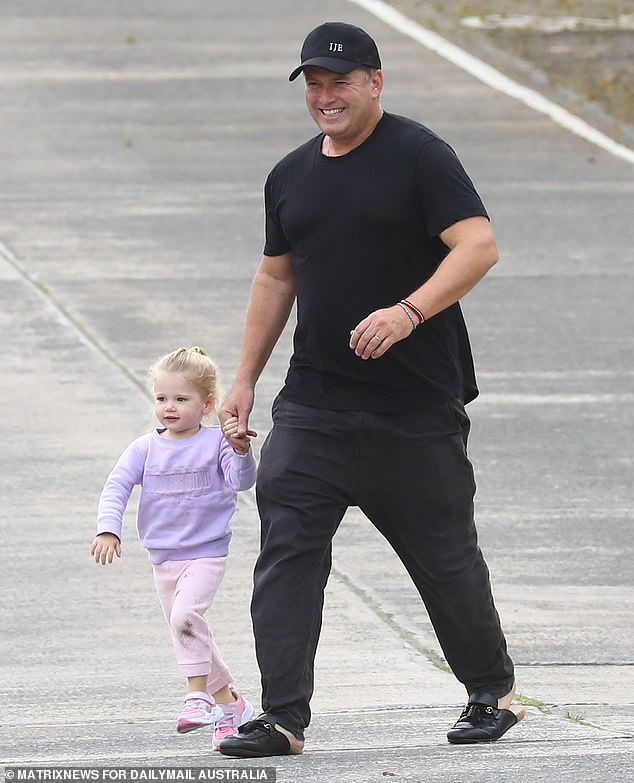 The father-of-four has not been charged and is yet to respond to the claims, including requests from Daily Mail Australia.

It is understood the waiter lodged a report after he was allegedly touched by Stefanovic – who attended with his wife, Jasmine Yarbrough.

However, footage of the event – which was called ‘A Night For Melanoma’ and run by cancer charity group, The Six Hour Project – has emerged online. 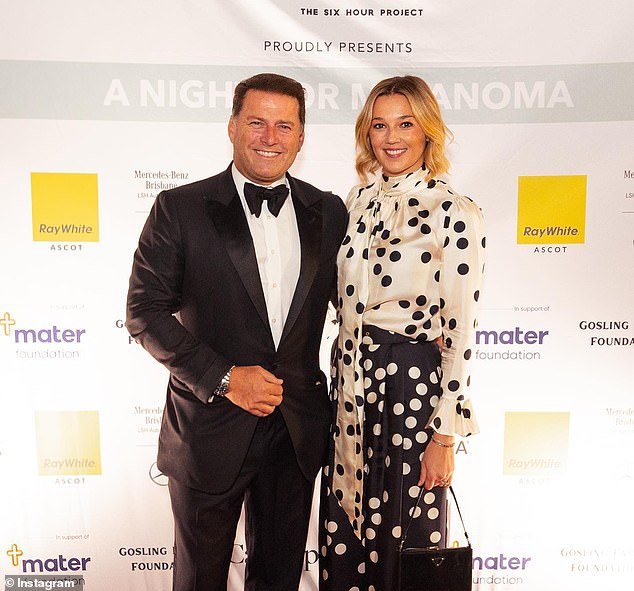 Karl Stefanovic (pictured with his wife, Jasmine Yarbrough, at the event in August) allegedly ‘touched’ a male waiter while at a melanoma fundraiser held at the Mercedes-Benz showroom in Brisbane’s Newstead on August 20. He has not been charged

The video shows Karl giving a very awkward rendition of a 70s disco hit while hosting the extravagant charity gala – before he was accused of ‘touching’ a waiter at the same event.

‘Get on the tables,’ he hollered, busting disco moves in a suit and bowtie, while holding a microphone.

In a cringeworthy video, Stefanovic could be seen wearing a white baseball cap while dancing and trying to sing ‘Le Freak’ by Chic in an attempt to encourage the 350 guests to join him on the dance floor at the six-hour event.

‘Feel free to get up,’ he beckoned, motioning people in the audience to dance with him. 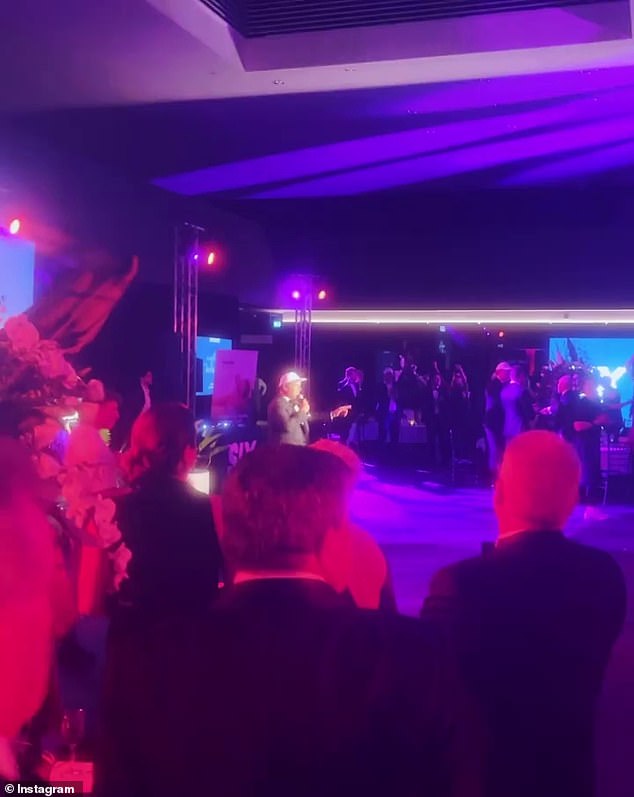 Stefanovic was also pictured mingling with guests and posing for photos with organisers and fans at the gala, which raised a huge $290,000 for melanoma research.

In one photo, the media personality posed next to melanoma sufferer and event organiser, Gina Savage. 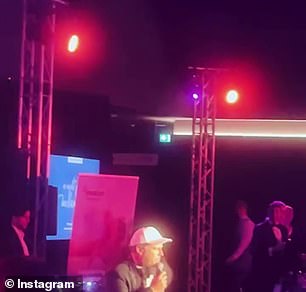 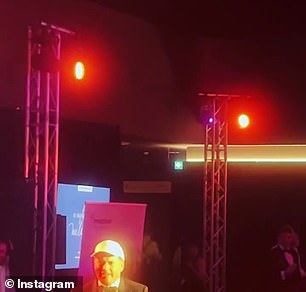 In the cringeworthy video, Stefanovic is seen dancing and trying to sing ‘Le Freak’ by Chic in an attempt to encourage the 350 guests to join him on the dance floor at the six-hour event (pictured, left and right)

‘We just lifted the roof for you, your battles, your charity and everyone else fighting melanoma.’

‘Gina, courage, resilience and beauty,’ he wrote on social media.

‘The Six Hour Project is on a mission to change this devastating statistic.’

‘One Australian dies every six hours from melanoma,’ the fundraiser website read. 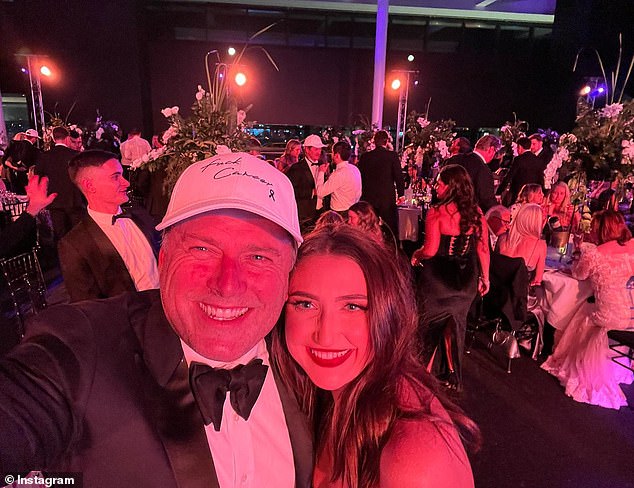 Ms Savage previously appeared in an interview on the Today show with Stefanovic to tell the story of her diagnosis before the pair reunited to hold the fundraiser.

The allegations come as Stefanovic was pictured at Sydney airport on Wednesday after arriving back in Australia from England. 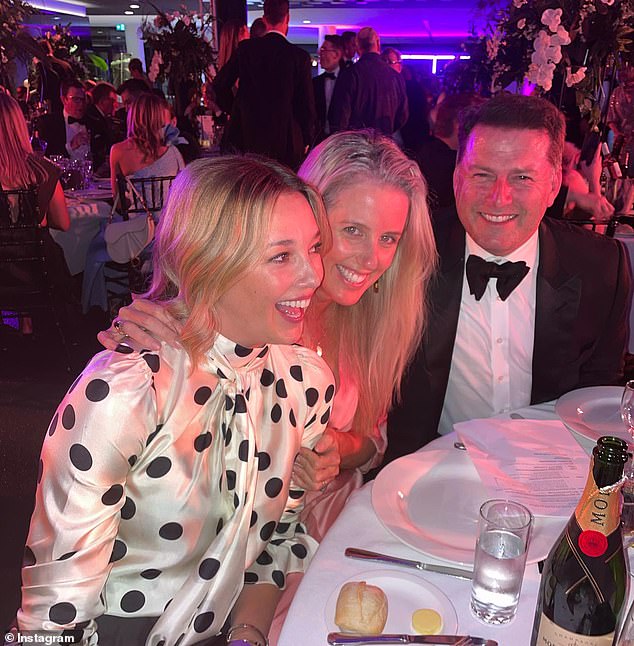 Pictured: Stefanovic and his wife mingle with guests at the fundraiser in Newstead on August 20

On Thursday, police told The Courier-Mail: ‘Queensland Police are investigating a report regarding the alleged assault of a man at a Newstead business during an event on Saturday, August 20.’

The television presenter was sent to London on September 13 to cover the death of Queen Elizabeth II and her funeral.

The Australian reported that several attendees did not see any altercation take place and that Stefanovic left the event in good spirits.

‘As investigations are ongoing it would be inappropriate to comment further.’

‘Karl was actually being a legend the whole time,’ one said.
Go to Source