Lennon was already a worldwide superstar when he crossed paths with artist Yoko Ono. According to Honey Nine, Lennon and Ono met in 1966 at the preview of a London exhibition of her work. Both were married to other people, but the two couldn’t deny their chemistry. They began corresponding through letters and eventually embarked on an affair. 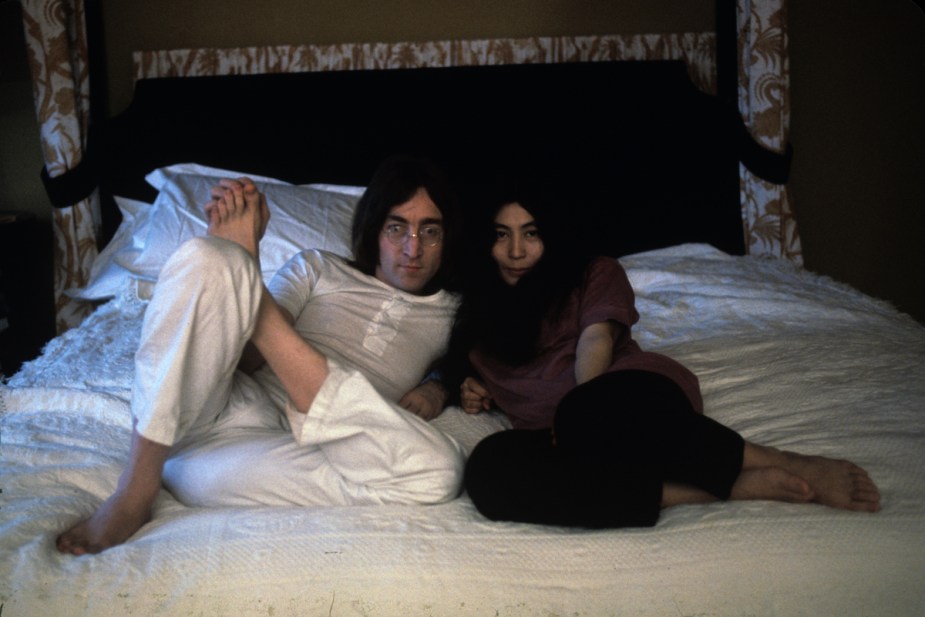 John Lennon is one of the world’s most beloved pop culture icons, who not only redefined music but also changed the way many view artists. As a member of the Beatles, Lennon made history through his songwriting, and even after the group disbanded, he remained in the public eye. During Lennon’s lifetime, his celebrity relationship with visual artist Yoko Ono drew much speculation. But despite the criticism their union received, Lennon remained devoted to his wife — even showing his dedication by legally altering one aspect of his identity.

When did the former Beatle legally change his name?

John Lennon reaffirmed his affection for Yoko Ono despite the naysayers. On Apr. 22, 1969, one month after their wedding, the famed musician strengthened their bond by changing his middle name of “Winston” to “Ono.”

After Lennon and Ono’s divorces were finalized, the two tied the knot on Mar. 20, 1969. Over the next several years, the high-profile couple became vocal activists for causes they believed in, including world peace and protecting the environment. They also collaborated on several artistic projects. However, Lennon and Ono faced backlash in 1970 when the Beatles disbanded. Critics blamed Ono for causing friction in the group. But through it all, Lennon stood staunchly by his wife’s side.

According to Feel Numb, Lennon said, “Yoko changed her name for me; I’ve changed mine for her. One for both, both for each other. She has a ring; I have a ring. It gives us nine o‘s between us, which is good luck. Ten would not be good luck.”

According to The Independent, Lennon decided to change his name via deed poll to solidify his union with Ono. They even exchanged rings to commemorate the occasion.

What were John Lennon’s last words to Yoko Ono?

Although Yoko Ono famously claimed she didn’t know who John Lennon was when they met, she became his staunchest supporter and closest friend, The Things reports. They spent the last years of Lennon’s life together raising Sean and creating music.

However, the ensuing years weren’t smooth sailing for the pair. Public scrutiny and backlash plagued Lennon and Ono in almost everything they did. In 1975, after several years of challenges in their marriage, the two welcomed a son, Sean. Following his birth, Lennon stepped out of the spotlight to focus on his family.

Ono, who was with her husband when he died, later opened up about Lennon’s last words.

Though Ono noted she didn’t recall Lennon saying anything after the brutal incident, some accounts claim he shouted, “I’m shot!”

“I said, ‘Shall we go and have dinner before we go home?’ and John said, ‘No, let’s go home because I want to see Sean before he goes to sleep,’” she told Desert Island Discs in 2007.

Either way, Lennon’s death left Ono and millions of fans devastated. And to this day, the sorrow of his untimely passing lingers.