George Harrison and John Lennon didn’t always get along

Though Harrison and Lennon were bandmates for over a decade, they often fought. Harrison didn’t feel that Lennon and Paul McCartney took him seriously as a musician. After Harrison published his memoir I Me Mine, Lennon groused that he hadn’t gotten nearly enough credit in the book. Harrison said that this was proof that Lennon didn’t understand him. 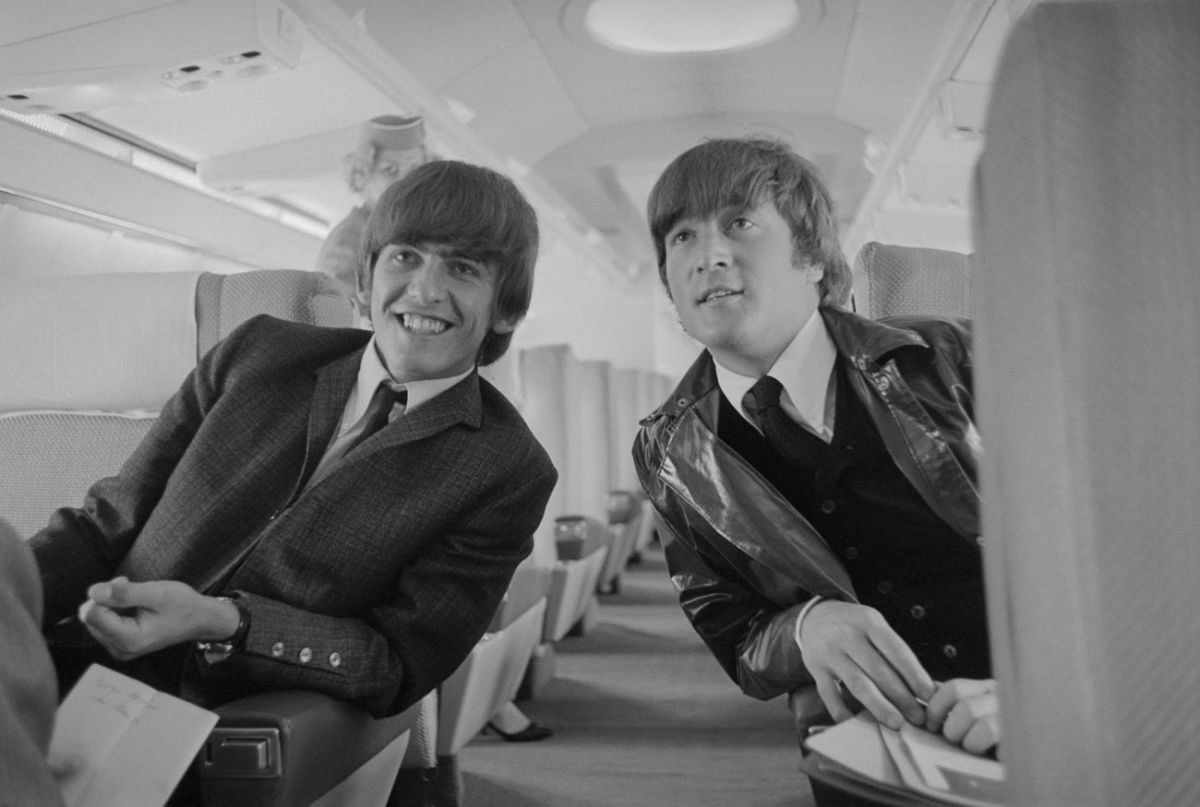 In the late 1980s, George Harrison’s behavior raised some eyebrows. At an event full of prominent figures in the film industry, Harrison railed against film in an angry speech. He sent a fax to hire many of the employees at his film production company. He even left graffiti on a photo of his former bandmate John Lennon and Yoko Ono. Harrison gave the photograph, which hung in the office of an executive at Warner Music, a rude caption.

In the late 1980s, Harrison displayed drunken rudeness on several occasions. At a party celebrating the tenth anniversary of his film production company, HandMade, he took the stage to tell the crowd, nearly all of whom worked in film, that he hated the film industry. Somewhat unsurprisingly, this did not go over well with the guests.

The two men once even came to blows while recording Let It Be, The Beatles’ final studio album. Per The Guardian, the fight was “completely hushed up at the time.” Though Harrison said he would have been in a band with Lennon again, it was not exactly smooth sailing for them most of the time.

On another “drunken occasion” around the same time, Harrison visited the office of a Warner executive, who had a “treasured photograph” of Lennon and Ono. When Harrison saw this, he reportedly decorated the photo with “lewd graffiti, and captioned it ‘The Traveling Arseholes.’”

“He got up on stage in front of hundreds of people and said how much he hated film people and what arseholes they were,” director Richard Loncraine said, per the book George Harrison: Behind the Locked Door by Graeme Thomson. “As the evening almost entirely consisted of film ‘arseholes’ — many of whom weren’t — it was taken a rather dim view of. He called us all a lot of f***ing wankers, used a lot of four-letter words, and the room went very quiet. I think there had been a drop to drink.”

“He hated [O’Brien] with an intensity that was quite rare for George,” Harrison’s friend Eric Idle said. “It took him a long time to get over all that.”

Some believe his struggling company exacerbated his behavior

At the same time that Harrison was making grouchy speeches and leaving graffiti on photos, his company was struggling. After hiring an accountant to look into the problem, Harrison learned that he was essentially paying for everything while his partner, Denis O’Brien, collected a salary from HandMade. This meant that Harrison was the only one responsible for the company’s debts.