In the wake of Kardashian and Davidson’s recent breakup, some fans have expressed that they are suspicious of the timing of everything, in particular how the announcement coincided with some other controversial Kardashian news. 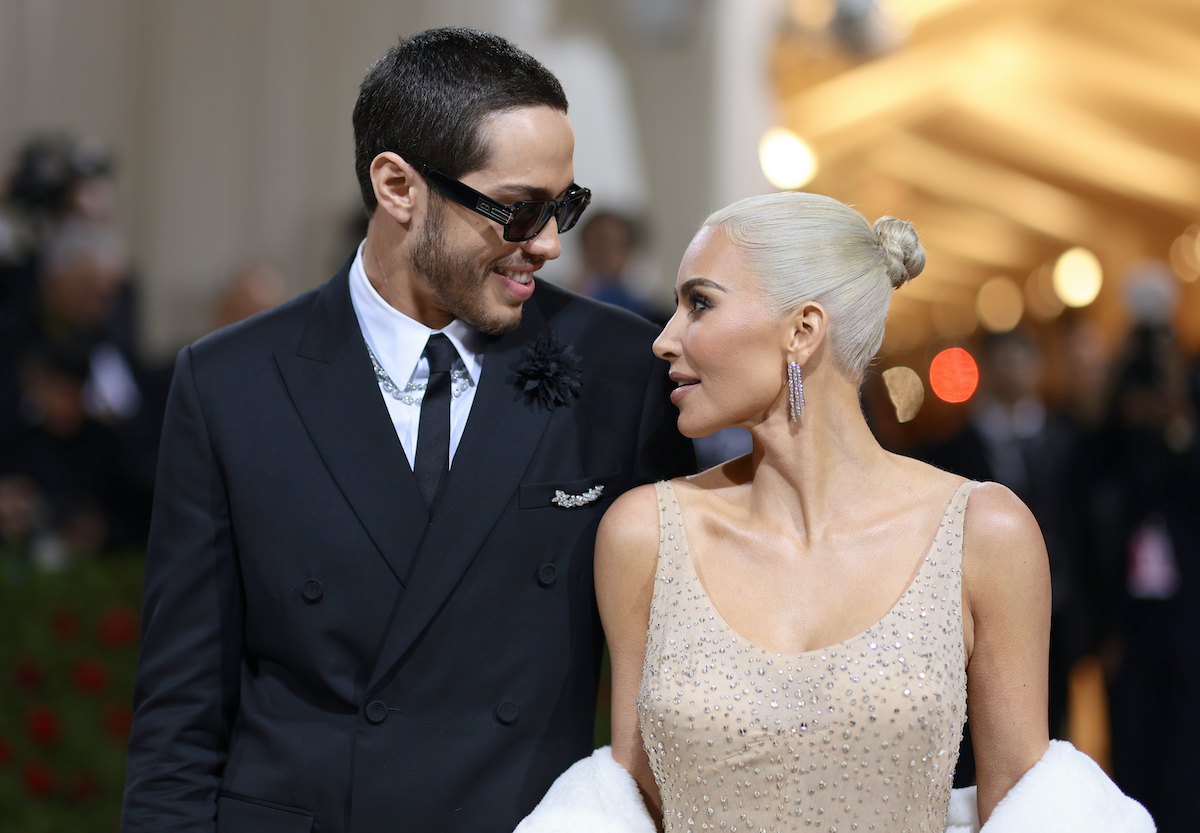 Kim Kardashian and Pete Davidson created a storm of publicity when they first took their relationship public in late 2021. The unlikely pair first got close when Kardashian hosted Saturday Night Live. Although many fans thought that their eventual romance was just a publicity stunt, the two defied the odds and dated for close to a year before recently announcing that they had split.

Over the months that followed, Kardashian and Davidson were spotted frequently, causing a media firestorm wherever they went and stirring up a lot of conversation amongst the Kardashian fan base. While Kardashian’s ex, rapper Kanye West, wasn’t supportive of the relationship and frequently slammed Davidson online, Kardashian certainly seemed to be happy with her comedian partner.

When did Kim Kardashian and Pete Davidson break up?

Kardashian and Davidson were hot and heavy almost from the start. The comedian and the reality star went public with their romance in October 2021. By November, Kardashian threw her new boyfriend a 28th birthday party with all of their family and friends.

What did fans say about the timing of Kim Kardashian and Pete Davidson’s breakup?

The breakup news seemed to come out of nowhere – and some fans took to Reddit to discuss why the timing is a bit suspect. “Wait, huh? Wasn’t there just a People article today about them being so happy. I’m not seeing other articles about the breakup yet. I’m confused,” one fan wrote. “The timeline of competing narratives makes me think that Kim got dumped,” another said.

In early 2022, Kardashian started sharing photos of herself and Davidson hanging out at home on her Instagram account and even began opening up about their romance on talk shows. However, on August 5, news broke that Kardashian and Davidson had called it quits. People Magazine quotes a source who claimed that “Part of the reason they split was because of their busy schedules. They both travel all the time, and it was hard.”

According to CNN, while the name of the baby boy hasn’t been shared, Kardashian and Thompson confirmed on August 6 that the infant was born via surrogate. “Khloe’s surrogate had her baby and announced today. Kim couldn’t have another sister getting any spotlight,” one Reddit user noted.

Several fans pointed out that the sudden news of the breakup could have been designed to be released on August 5 to cover another major news story coming out of the Kardashian camp – the revelation that Khloé Kardashian and Tristan Thompson welcomed their son.

What’s next for Kim Kardashian?

Fans on Reddit threw out a lot of theories about how and why the breakup was announced when it was – with some speculating that it was Kris Jenner’s idea to release the news. Several were in agreement that signs point to Kardashian being dumped, although many pointed out that the relationship seemed a bit like a PR stunt from the beginning.

“Just let Khloe have her f—— moment, Kim. Her son was just born. Kim is so insufferable, and it’s getting worse with age,” another said.

For Kardashian, it is business as usual on social media, with the reality star emerging from her breakup by posting lots of sultry photos on Instagram. It’s too soon to tell who Kardashian could end up with next, but it’s clear that people will be watching her every move in the weeks to come.

“Not surprised because I called this, and their relationship never felt like it was meant to last. It felt like a Kim mid-life crisis and a Pete clout/relevancy/networking stunt,” one critic said.

RELATED: How Much Older Is Kim Kardashian West Than Pete Davidson?
Go to Source