Travis Barker and Kourtney Kardashian have been making headlines since early 2021 for their relationship and over-the-top PDA. But recently, the reality star has grabbed her fans’ attention for a different reason. 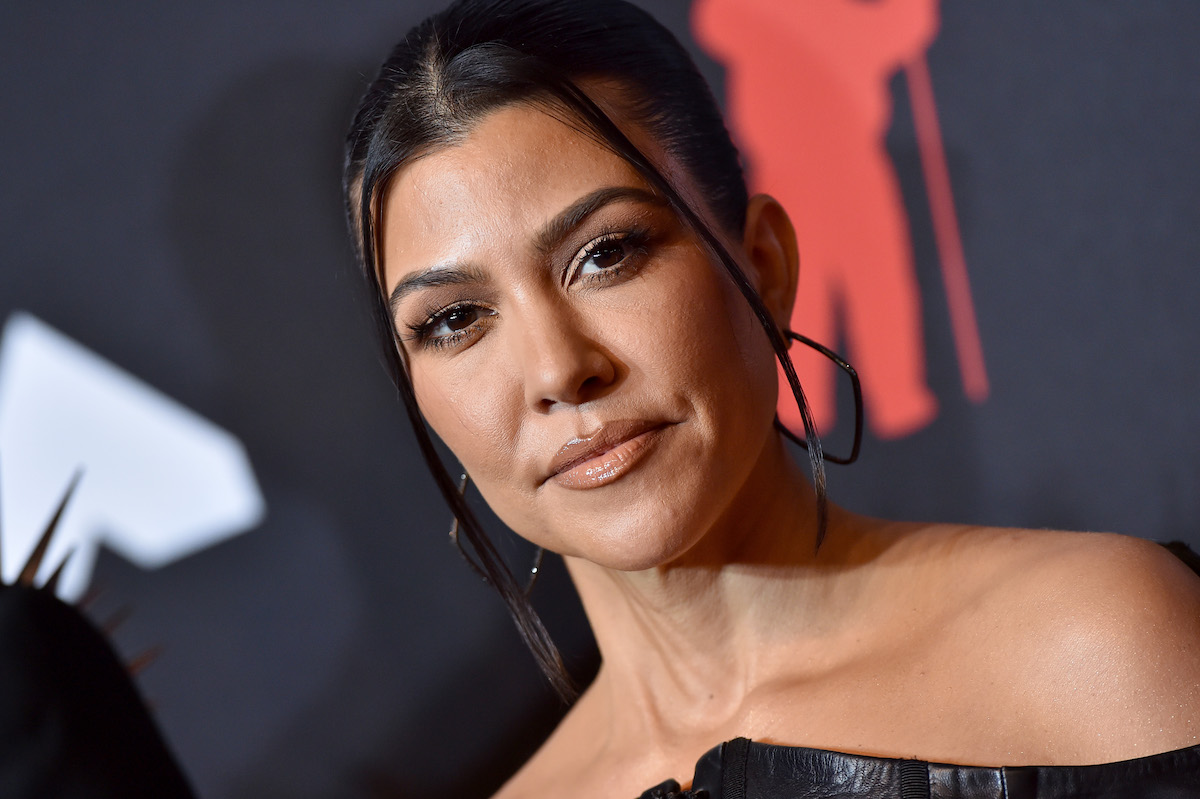 Kourtney Kardashian has been making headlines for her relationship with Travis Barker, but now all fans can talk about is the reality star’s bizarre urinal photoshoot. Here’s what Kardashian posted on Instagram and what fans are saying about it.

She wore a long pink coat over black lingerie and high heels in every picture. According to Page Six, the bubblegum-colored coat is made by the brand Kwaidan Editions and retails for $2,950.

On Aug. 16, Kardashian shared a series of photos on her Instagram. The images showed the oldest Kardashian-Jenner sibling posing backstage at one of Travis Barker’s shows. Barker has been supporting his friend and collaborator Machine Gun Kelly on his Mainstream Sellout tour.

A couple of the photos showed Barker and the reality star holding hands. And a few pictures showed Kardashian posing in front of a row of urinals … some of which were unflushed.

“Not the urinals in the back,” said one fan, while another asked, “I love you but why are you in the men’s bathroom !!?”

Kourtney Kardashian fans are confused by her backstage urinal photoshoot

Fans can’t seem to make sense of Kourtney Kardashian’s backstage photoshoot. They are particularly puzzled by her use of unflushed urinals as background props in her pictures. They have been writing their opinions in the comments section of Kardashian’s Instagram post.

Kardashian’s husband, Travis Barker, seemed to adore the photoshoot. He also suggested that some illicit activities may have occurred behind the scenes. “What’s happens backstage ? also ur perf ?,” Barker commented.

“It’s the pee in the urinal for me,” one fan pointed out, while another wondered, “Is that Travis’s pee.”

On Aug. 12, she shared a series of Instagram photos of herself accompanying Barker on tour. She captioned the images, “tour wife.” Barker responded in the comments, “Tour life’s better with you ??.”

Kourtney Kardashian wants the world to know that she and Travis Barker are still madly in love. Besides the bizarre urinal photoshoot backstage at the drummer’s show, the reality star has shared several more posts showing her new life as a wife.

Earlier the same day, Kardashian posted three Instagram photos of herself straddling Barker while he played the drums. “time for drum practice,” she captioned the pictures, to which Barker commented, “Favorite time of the day ?.”