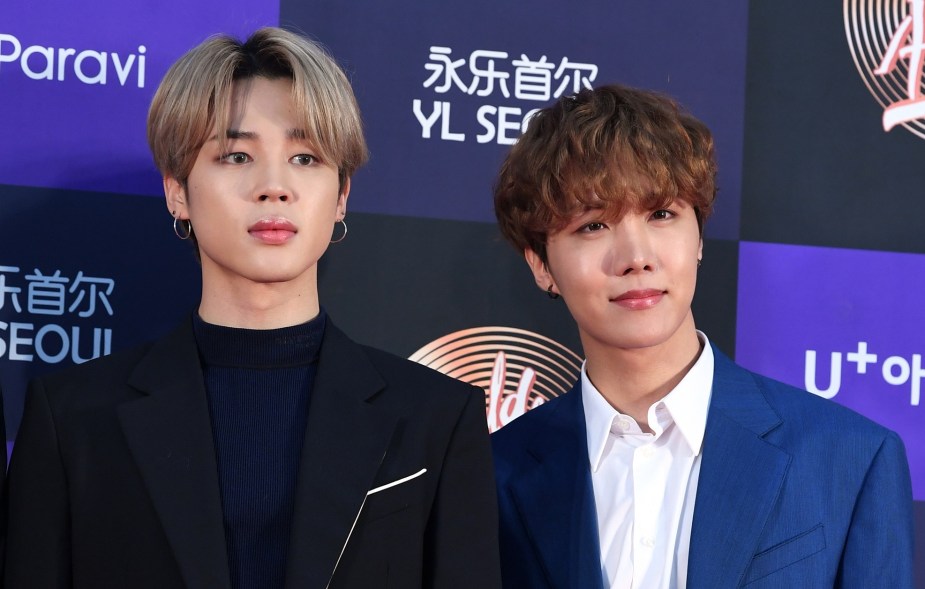 On July 31, J-Hope of BTS headlined Lollapalooza 2022, becoming the first Korean artist to headline a major U.S. festival. One of his BTS bandmates Jimin flew to Chicago to watch J-Hope’s Lollapalooza performance. During a VLIVE after the performance, J-Hope revealed he originally wanted to perform BTS’ song “Dynamite” with Jimin at Lollapalooza.

During a VLIVE livestream following J-Hope’s headlining performance, Jimin joked that J-Hope did not get the other members’ approval to change the choreography to “Dynamite.”

Because J-Hope performed BTS’ song “Dynamite” without Jin, Suga, RM, Jimin, V, and Jungkook, he changed the song’s choreography for his Lollapalooza performance.

“I should have been confirmed by the members,” J-Hope admitted.

“‘Dynamite.’ I think we should change our choreography,” Jimin suggested.

“I changed the choreography without any confirmation,” J-Hope said in the VLIVE.

Jimin then affirmed that he had no idea J-Hope was going to change the choreography to “Dynamite.”

RELATED: Album Review: J-Hope of BTS Embraces and Defies Expectations With ‘Jack in the Box’