A historic tradition is continuing, this time with an emphasis on STEM; science, technology, engineering, and math. 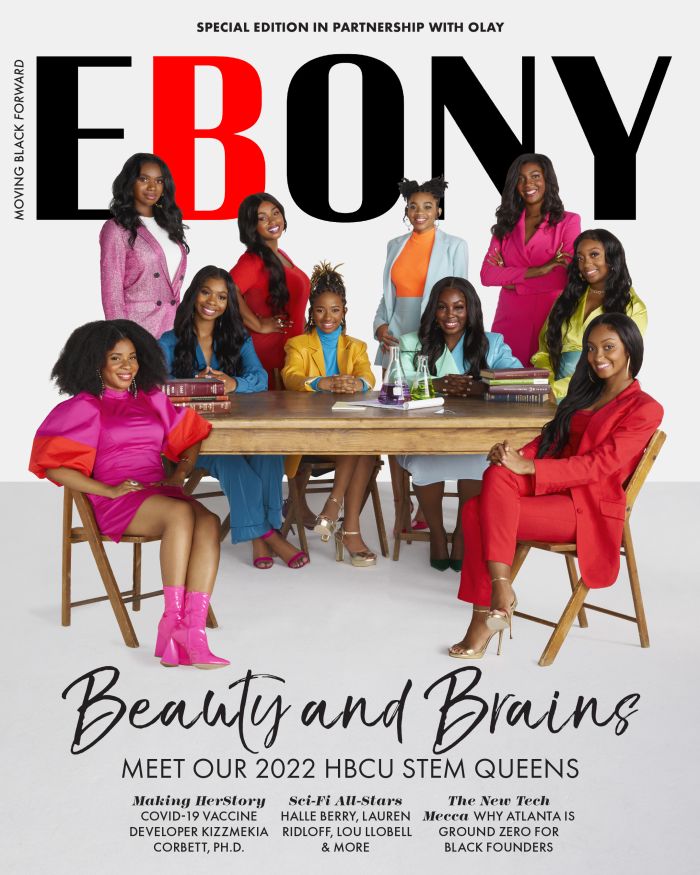 EBONY Magazine is announcing that this Black History Month and ahead of this year’s International Day of Women and Girls in Science, the release of a special, limited edition EBONY commemorative print issue, featuring the winners of its longest-running editorial franchise – the reimagined HBCU Queens as the cover stars.

The publication reports that the 88-page issue will include:

The print edition is in partnership with OLAY and with the new focus on STEM, EBONY reports that it’s dedicated to recognizing collegiate Black women who are “poised to affect significant societal change – both locally and globally.”

EBONY reports that the winners were crowned following a nationwide online competition that allowed users to vote for their favorite contestants. In addition to landing the cover of EBONY,  the winning Queens received an all-expenses-paid trip to Los Angeles for EBONY’s star-studded Power 100 awards ceremony held in October 2021, inclusive of a full makeover and photoshoot.

EBONY’s commemorative issue is slated for release on February 11 and will be available at Barnes & Noble stores nationwide, as well as select HBCU bookstores and newsstands.

OLAY also awarded each young woman a $10K grant and a mentorship opportunity with female scientists at OLAY.

Will YOU be buying?
Go to Source