Cardi B and Cuban Doll are going at it once again, years after they first publicized their problems with one another.

It all started (well, this time around) on Saturday, January 8, when a fan account shared that Cuban Doll posted a photo of Nicki Minaj on her Instagram stories, hinting that the rapper was the inspiration for her leopard print outfit in a music video she has coming out. 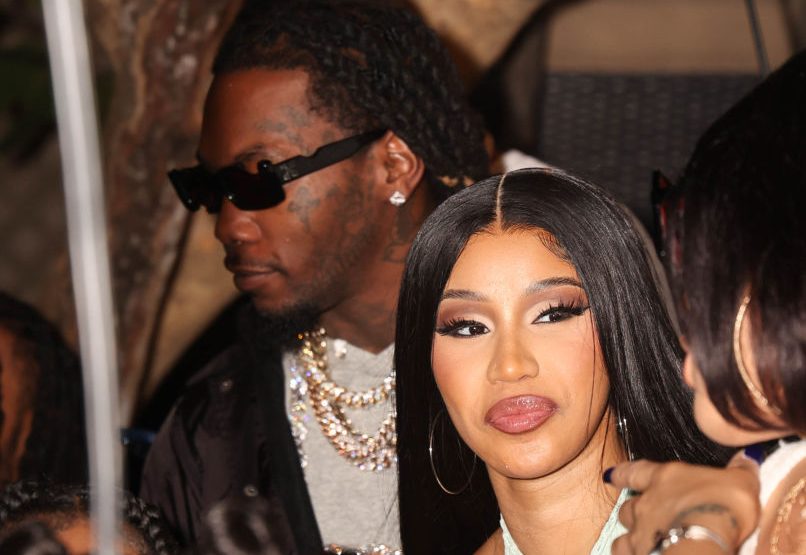 Eventually, Cardi caught wind of the posts after another fan account replied with an old video of her showing love to Cuban. The “Bodak Yellow” rapper replied in a tweet that has since been deleted, saying that people don’t have a reason to hate her beside jumping on a bandwagon.

That’s when fans decided to bring up her famous “WAP” video, in which she also wears a leopard print outfit, speculating that Cuban Doll actually took inspiration for the upcoming music video from the Bronx native.

After this, Cuban started sending a bunch of subliminal tweets Cardi’s way, which have also since been deleted. In the posts, she denied being inspired by Cardi, causing her fans to pull up old Instagram Stories where Cuban Doll was listening to Cardi’s music.

“Ask me why they hate me … THEY  DON’T HAVE A REASON, JUST BANDWAGONING,” she wrote. “It’s Cool tho, everyone that ever hated never succeeded.”

Of course, Cardi’s replies to these deleted tweets have also been deleted, but at the time, she wrote:

Before they were deleted, Cardi screenshot a few of Cuban’s initial tweets, two of which that read, “I pray a man don’t marry me just to cheat on me … that’s next level OD DISRESPECT,” and “I could never be inspired by someone who I don’t listen to . Simple stop trying to force that on me.”

That’s when Cuban fired back by saying she and Cardi haven’t been on the same page since Offset was allegedly trying to sleep with Cuban in 2018. Cardi responded by tweeting a video from 2019, in which Cuban is telling a TMZ reporter that she didn’t know Offset or had ever spoken to him at that time.

“You started this whole s**t wit those two NOW DELETED tweets being shady about the inspiration and then my husband. Now that I respond I’m wrong?”

“You say all this now, but you said something different when I asked you about it directly,” Cardi wrote in a now-deleted tweet. “Where was this energy then? Don’t play tough now. I see we didn’t leave looking for clout in 2021.”

Cardi went on to post direct messages between her and Cuban, in which Cuban denies that she knew anything about the Offset cheating situation.

“Girl you know I was paid to clear his name,” Cuban wrote with four crying laughing emojis.

“First you said the girl was no longer ya friend, then it turned to he was f**kin her, now it’s he was trying to f**k with you? You can’t even keep up with ya own lies,” Cardi tweeted. “Show me the receipts. You started this yet asking me what does it prove? Honey you need this moment not me.”

To that, Cardi questioned why Cuban has changed her story so many times.

To wrap things up, Cardi explained why she deleted the tweets.

She also went on to address the whole reason this beef reignited, tweeting, “and I never said you were inspired, I personally didn’t care. But it’s clear it hit a nerve cuz it got your lil Twitter fingers poppin.”

Cuban ended her night by saying, “Don’t need no attention from no rat a** hoe.”

“Deleting those tweets.. it’s bad for business and I’m done helping out the needy,” she wrote. “I want to apologize to my fans. I know y’all get upset when I give attention to germs.”