The star has arrived 🤩 #MetGala pic.twitter.com/DL8ocg6JiO

Last night’s Nicki-less, Gaga-less, Beyoncé-less Met Gala was another flashy mishmash of fashion wins and losses by rich celebs who appeared to have a hazy understanding of the “In America: A Lexicon of Fashion” theme.

One of those confused celebs was Kim K who showed up with her entire body covered by stretchy Black fabric for reasons that remain unknown.

and Iman and KeKe Palmer both looked great. KeKe in Sergio Hudson, Iman in Harris Reed, and Dolce and Gabanna.

Unlike Kimmy, some of our faves like Serena Williams, Mary J. Blige, Halle Bailey, and Simone Biles had a much better understanding of the assignment that didn’t seem to inspire the starry-eyed awe of previous Mets. Still, Megan Thee Stallion channeled her inner “Megan Monroe”, so there was that…

In a slightly underwhelming moment, Rihanna made her appearance in an all-black Balenciaga outfit with a voluminous ruffled coat and matching hat alongside her plus 1 A$AP Rocky who seemed to believe people actually cared about his look. 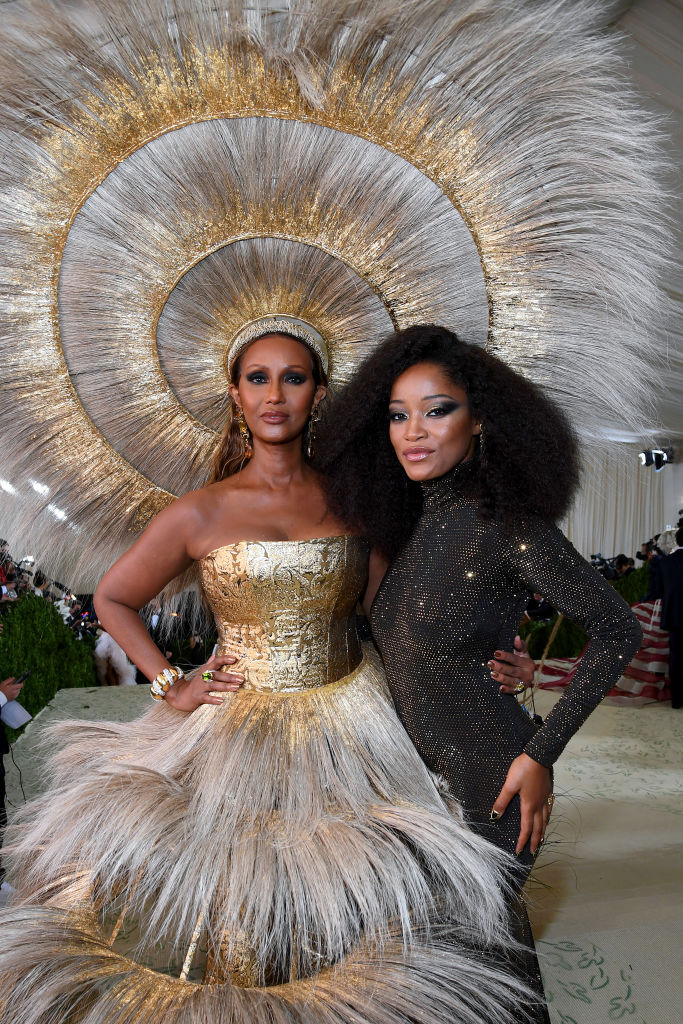 A$AP Rocky reveals his full ensemble at the #MetGala as he poses with Rihanna. https://t.co/jcwe9ggXV6 pic.twitter.com/0KconNB7Bv

At one point, he treated photogs to a dramatic reveal of his unremarkable outfit without realizing they were waiting for him to move out the way so they could snap more Rih.

Inside, however, he DID shoot a mini-movie via Vogue with his Queen.

The superstar blessed us with her usual photo dump that included pics of her lavish vacay with hubby Hov and the kids.

As for King Bey, well, she was (reportedly) enjoying sun-kissed vibes in the Mediterranean on Jeff Bezos’s $500 million mega yacht.

What was your fave Met Gala look this year?

Overall, this year’s Met wasn’t that memorable without many of the stars who make it the biggest night in fashion.

Tell us down below and peep the funniest (and messiest) tweets from the annual fashion spectacle on the flip.
Go to Source