Festival season is here and artists are putting on incredible shows several of which are taking place in Miami at Rolling Loud. Unfortunately, it looks like two of the celebs on hand for the fest have the Internet buzzing with false accusations solely because of a backstage picture. 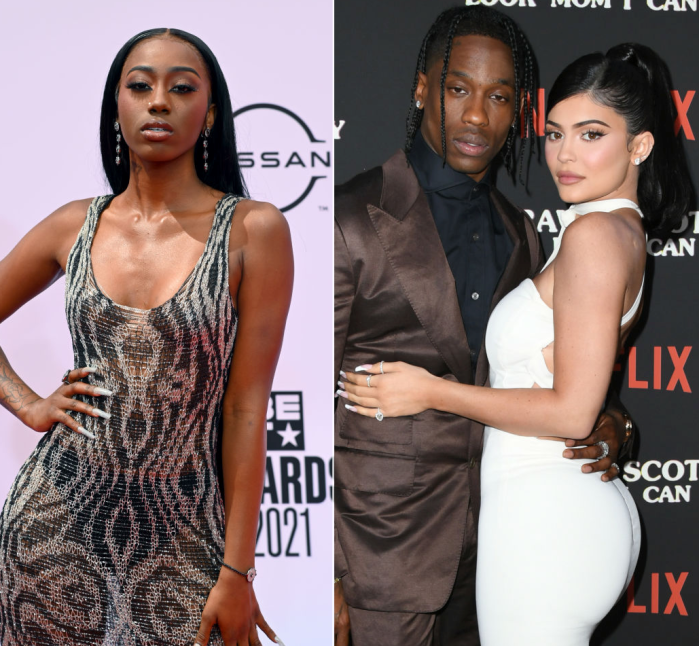 Flo Milli recently posted a harmless photo on her Instagram story of herself and Travis Scott backstage with the phrase “Real life Barbie & Ken vibeeesss” and soon enough fans of Travis’ baby’s mother Kylie Jenner flooded her DMs with hate.

Over the weekend rising rap star Flo Milli performed on the Audiomack stage and like most artists, she made her rounds afterward and chopped it up with other celebrities while enjoying life. She also took several pictures and one in particular set the Internet on fire!

Flo Milli later shared the same post on Twitter with the caption “Live with memories not dreams” and added an emoji of clinking glasses.

You would’ve thought sis said, ‘This my man and ima stick beside him!’ Sheesh, it’s just a picture!

After receiving so much backlash Flo Milli took to Instagram to expose the haters and responded by saying; “Yall crazy fr 😂😂😭 seek help.”

That prompted Jenner’s fans to move on from harassing Flo Milli on Instagram to harassing her on Twitter with their unsolicited thoughts.

According to these DMs, it’s very much giving racism, but what’s new in America?

We weren’t aware that it was off-limits to take pictures with Kylie’s baby daddy. Duly noted.

Unfortunately, the hate didn’t stop there! Flo continued to receive threats and hate on Twitter causing her to respond with a final tweet asking the fans to “leave her alone.”

If you’re a fan of Flo Milli or keep up with her on social media than you would know that she regularly calls herself “Black Barbie” and celebrated her 21st birthday with a “Barbie” themed party.

Eventually, Flo Milli’s fans stepped in to save the day and expressed their excitement for a future collaboration between the rapper and Cactus Jack.

Not to mention that Travis Scott never reposted the photo to his Story so once again Kardashian-Jenner fans can calm down and let these people live their best lives.

Seems like it was safe to say that Flo Milli was simply enjoying herself at one of the many festivals she’ll be performing at this summer and meant no harm.