Even after 57 years, Parton knows how to keep the magic alive in her relationship. In fact, she recently celebrated her husband in a pretty iconic way. The “Jolene” singer actually recreated her infamous Playboy magazine cover for Dean, complete with the exact same costume. She also shared the photos with her fans through a humorous video. 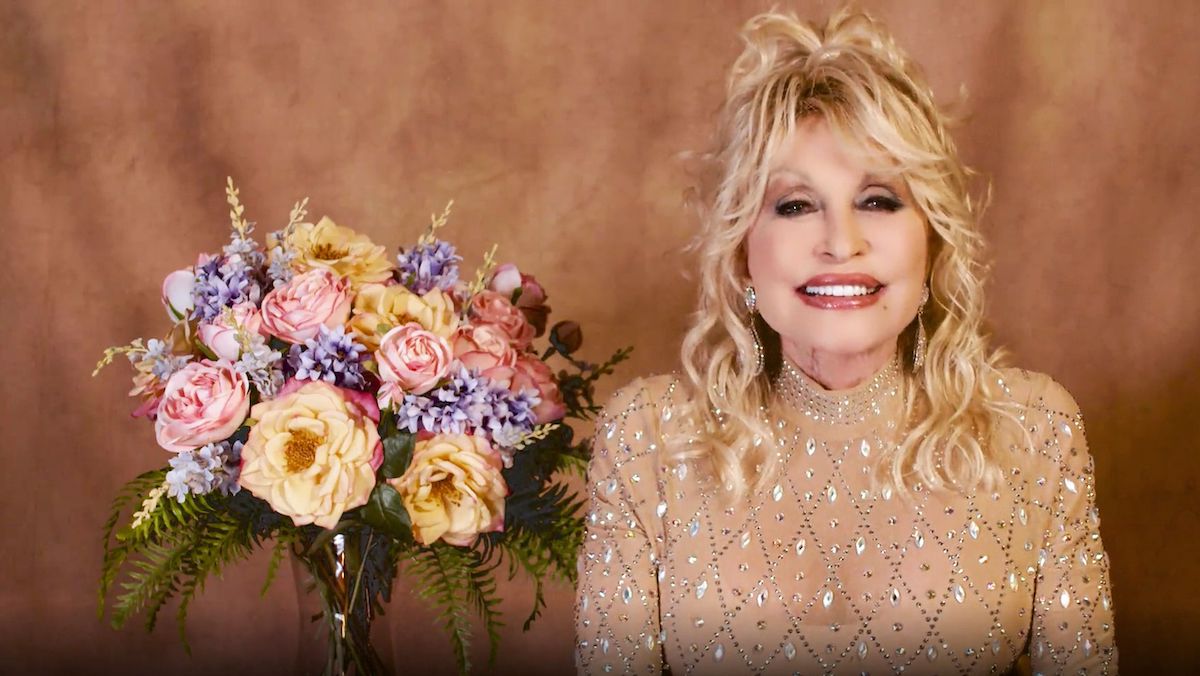 Though Dolly Parton has been married to her husband, Carl Dean, for over five decades, not much is known about him. While Parton has a larger-than-life personality and has been in the limelight for most of her life, Dean seems to be more reserved and typically avoids the media. However, their relationship seems to be a case of opposites attracting. Whenever the 9 to 5 star speaks about Dean, it’s typically in a very loving and joking manner.

RELATED: Dolly Parton Reveals Why She ‘Could Never Retire’

“You’re probably wondering why I’m dressed like this,” Parton began. “Well, it’s for my husband’s birthday.” “Remember some time back I said I was gonna pose on Playboy magazine when I’m 75? Well, I’m 75 and they don’t have a magazine anymore, but my husband always loved the original cover of Playboy. So I was trying to think of something to do to make him happy. He still thinks I’m a hot chick after 57 years and I’m not gonna try to talk him out of that. And I hope he agrees.”

Naturally, fans of the Hannah Montana alum loved Parton’s gift to her husband. Many thought the idea was sexy and creative and expressed that they wished they could’ve seen more of Dean’s reaction. Others simply wished him a happy birthday and dubbed the couple “relationship goals.” One fan and writer even chose to celebrate the couple by sharing an old photo of the pair from the 1960s. “Dolly Parton and her husband Carl when they first met, c. 1964,” the Twitter user captioned the photo.

Continuing on, Parton revealed the framed covers and shared that she’d be going in to surprise her husband and to sing happy birthday to him. “It’s always #HotGirlSummer for my husband, Carl 💝 Happy birthday my love!” Parton captioned the video.

It wasn’t long before fans began freaking out about the couple. Since there are very few photos of them together, fans were eager to see what they looked like when they first began courting. Others were simply enamored with how attractive both Parton and Dean were, and they couldn’t help but share their opinions with others.

RELATED: Dolly Parton on Her Plastic Surgery; ‘I Look at Myself Like a Show Dog’

RELATED: Dolly Parton ‘Almost Had a Heart Attack’ When She Heard Whitney Houston’s ‘I Will Always Love You’

Fans on Twitter are freaking out over an old picture of Parton and her husband, Carl Dean

“They’re so hot!” one person wrote about Parton and her husband. Others zeroed in on Dean, even making comparisons to famous celebrities. “Carl has a little Elvis in him,” one person penned. “He’s quite hunky,” another Twitter user commented. “A tall drink a water, that one,” someone else penned. “Damn, Carl,” a very direct fan of Parton’s wrote. Others noted that Parton seemed particularly pleased with her husband in the photo. “Her gaze says ‘Look what I got me,’” one person shared.

Considering that fans rarely see Dean, it’s no wonder that the picture is sending many of them into a tizzy. While some people may wish that Parton’s husband was in the public eye a little bit more, clearly, maintaining their privacy has worked for their relationship.
Go to Source