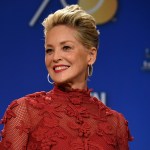 Hunter Biden’s new memoir Beautiful Things is a no-holds-barred look at the addiction that’s gripped him for much of his adult life, beginning with severe alcoholism and developing into an addiction to crack that led him on months-long binges in which he rarely slept, ate, or did anything but procure, cook, and smoke crack. One of the aspects of his addiction that Biden makes most clear is its primacy, the overriding sense of need between hits that altered his behavior more than, he says, the drug ever did itself. “While the drug itself doesn’t induce violent behavior,” he writes of crack, “the desperation for more of it certainly can.” And Biden is forthright in describing several instances where he risked his safety and that of others to get that next hit — but he’s equally pragmatic about the system he did have for picking homeless people to help him find crack dealers. A series of homeless companions became Biden’s closest confidants during these times, about whom he writes with a certain fondness — and yet, it’s not clear that he grasps quite how different their situations are.

“Even in that crazed world, there’s no master network available to someone who’s up twenty-four hours a day, smoking every fifteen minutes, seven days a week. Nobody can attend to those needs,” he writes. “The first time I returned there alone I found the cut between the two tents that I’d watched my Air Force buddy slip through…It was pitch-black. All I saw was the gun pointed at my face.”

In describing an intense crack binge that had him using multiple times an hour, Biden detailed one of his most desperate moves to buy more: returning to a tent city where a homeless Air Force veteran had previously procured him some crack.

“I’d hand him whatever was in my pocket, then ask for a favor: ‘You know where I can buy some hard?’ The key was finding someone who was homeless because he needed to support his habit, not because he was mentally ill, which was too often the case, and sometimes tough to distinguish.”

Biden describes returning to that tent city alone as a “death wish” — it’s a task he typically relegates to homeless people, whom he describes recruiting in new cities like this: “I followed my usual modus operandi. I headed for a commercial district in the sketchiest part of town and looked for a gas station or liquor store that served as a congregating spot for a quorum of homeless addicts. I’d pull in, stick the nozzle in the gas tank, lock my car, and head inside to buy cigarettes or Gatorade. It rarely took long before somebody out front asked if I could help him out with some change.”

As Biden writes about his struggles with addiction, his pain is visceral and his single-minded drive to use understandably dominates the narrative at times. But the pain of his homeless companions goes at much higher risk of being ignored, even by Biden himself — and hopefully, once he has more distance from this time, he will be able to champion their cause too.

Biden’s years of collecting homeless acquaintances to aid in his acquisition of drugs take up a surprising amount of the memoir, as does his contention that “crack is a great leveler,” putting him and every other addict in the same boat of desperation. His inability to think beyond his addiction is well-articulated (“your mind is devoid of any thought other than how to get your next hit”), but for a book whose ostensible focus is the destruction of addiction, there’s also a surprising amount of forgiveness and soft landings. Biden operates from a seemingly never-ending stream of cash, contacts, access to the rehab facility of his choosing, and a loving family to welcome him back. And in that way, he’s not like the homeless people he enlists at all.

Our mission at SheKnows is to empower and inspire women, and we only feature products we think you’ll love as much as we do. Please note that if you purchase something by clicking on a link within this story, we may receive a small commission of the sale.

If you or someone you know is struggling with addiction, you can get help by calling the Drug Addiction Hotline at 1-877-813-5721.

Before you go, click here to see our favorite photos of President Joe Biden’s big family.