Cardi B Claps Back At Payola Rumors After “Up” Hits No. 1: ‘WHEN YOU START WINNING THE STORIES START SPINNING’

Cardi B isn’t here for all of the folks saying her success is only a product of some radio play payola.

On Monday, the Bronx-born rapper took to Instagram to clap back at critics claiming her latest single, “Up,” only hit No. 1 on the Billboard Hot 100 chart due to some shady business practices. 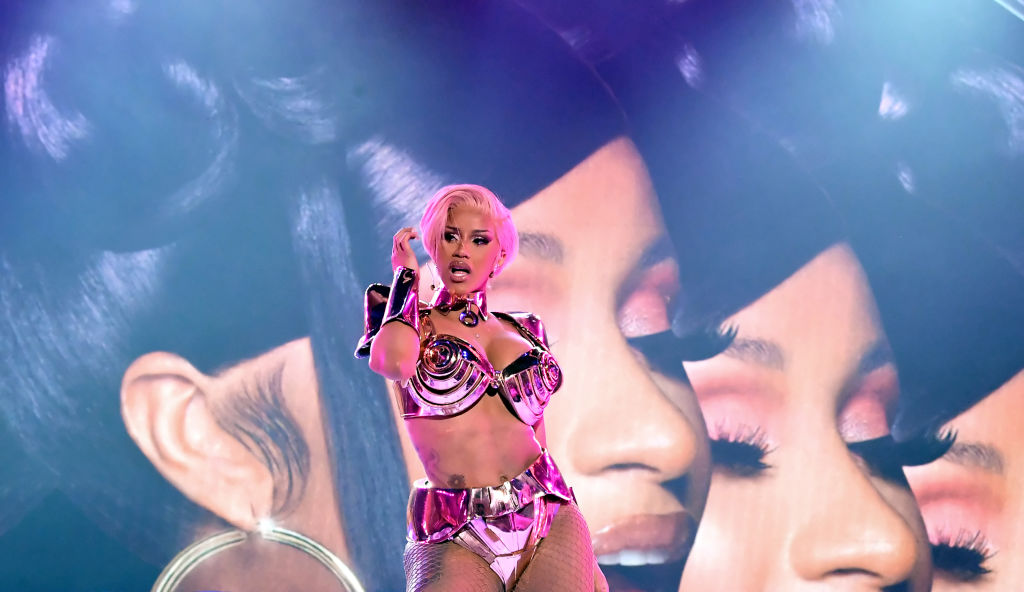 Then, she attached a photo of a chart that shows some logistics about songs and how they chart, looking to prove that this is all organic.

“It’s sad that when I win people gotta scramble with lies for my success,” she wrote under a clip of her music video. “Like they ain’t saw everybody, people coming out Amazon trucks and ambulances dancing my shit 🤣🤣🤣They love to run with that “Payola “ to make them feel better mind you I didn’t debute number 1 because of my low radio play and WAP barely made radio cause it was so explicit yet still made number 1.”

This rumor is nothing new for Cardi, who has been met with allegations of payola throughout her entire career in the music industry. While it’s not clear who started circulating this narrative this time around, the “feud” between Cardi and Nicki Minaj caused Barbz to discredit the former many times before when her songs would chart–so that could still be the case here.

She continued, “Look at the second slide look at my AirPlay ( radio) compare to other artist radio spins.WHEN YOU START WINNING THE STORIES START SPINNING!!! Imma adress all the hate on my album tho wait on it !!!”

“I don’t gotta prove myself to nobody, Cardi explained. “But you know when you do good… ya’ll be claiming when females be doing good, y’all be claiming yeah.. y’all want females to strive and all that, but that’s a lie. Yall be hatin.”

If that wasn’t enough for the haters, the 28-year-old rapper followed up on the accusations surrounding her success in another Instagram post where she broke down her streaming numbers and clapped back at social media bullies.

Either way, it looks like a Cardi B’s project is on the way sometime soon and you know it’s going to be full of heat!

Listen to Cardi’s full rant below. Is she telling the truth here?