‘Boogie’ Director Eddie Huang Weighs In On Interracial Relationships, “I Don’t Think A Big Deal Should Be Made” [VIDEO] 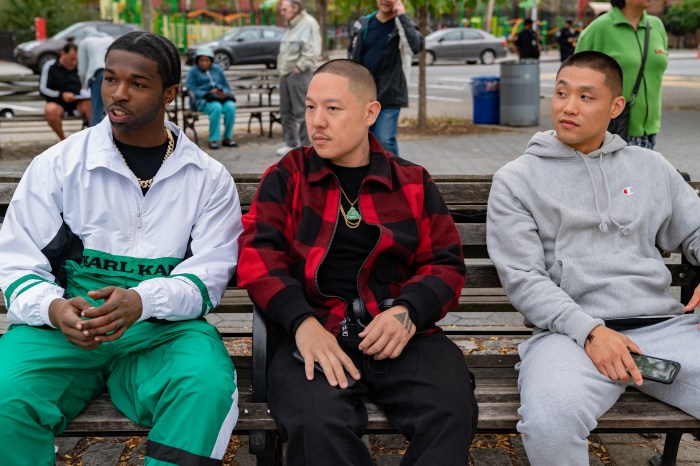 We were so excited for the release of Eddie Huang’s new film, ‘Boogie,’ which arrived in theaters on March 5th.

Check out the interview below:

So you know we were excited to interview ‘Boogie’ writer and director Eddie Huang. In the interview with BOSSIP’s Sr. Content Director, Huang talked about the importance of Asian-American representation, the wave of violence against Asian-Americans and why he didn’t think a big deal should be made of his main character’s interracial relationship.

We had a chance to screen the film and really enjoyed it — especially the dynamic between the film’s star Taylor Takahashi and his love interest Taylour Paige — which was what prompted the interracial relationships question.

The film follows a Chinese-American high school basketball player Alfred “Boogie” Chin as he sets a goal of beating out NYC’s top hoops recruit Monk, played by Pop Smoke, in hopes of winning a full athletic scholarship to college. As he pursues this goal, he’s also wrestling with turmoil in his home, where his mother and father are at odds and his mother would prefer him to forsake his college dreams to play for a big contract in China.

Do you think it’s less of a big deal when two people from different marginalized communities date, versus when one partner is white?
Do you agree with Eddie Huang that it shouldn’t be a big deal anyway? Also shout out to Taylor Takahashi for really doing an amazing job in his role — which was his FIRST by the way!
Go to Source