All hail! An irrefutable icon is getting her flowers courtesy of our sister site.

HelloBeautiful is spotlighting Lil Kim for their “Anatomy Of An Icon” issue filled with copious coverage of the Quen Bee’s decades-long career that sparked the rise of fearless femcees. In addition to covering Kim, HelloBeautfiul is also highlighting Kim’s longtime styling partner Misa Hylton who expertly outfitted Kimmy in some of her most-jaw dropping lewks. 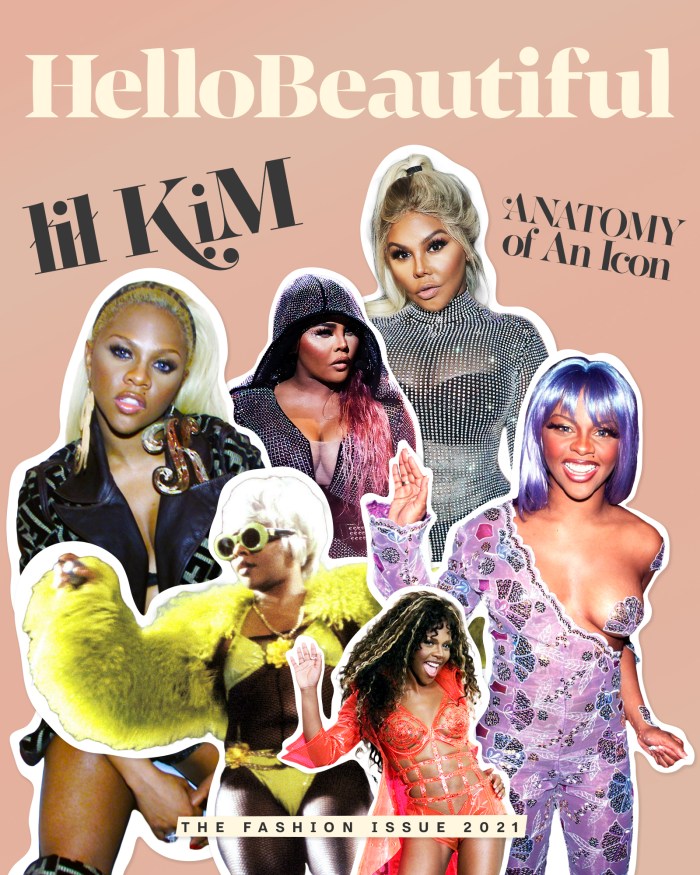 Check out excerpts below.

Written by Shamika Sanders, “The Anatomy of An Icon” issue also features commentary from fashion experts, stylists, and exclusive quotes from Kim herself.

“Her entry into the game was a turning point for women in rap where image became so much more of a focus, like showing sexuality and being stylish also,” explains Clover Hope, author of “The Motherlode: 100+ Women Who Made Hip-Hop.” In the series of essays, Hope deconstructs how each individual rapstress contributed to Hip-Hop. “It was aspirational. It was this coveting of luxury that she epitomized in a way that I think reflected a lot of young Black girls’ desire to be draped in some of these things. A lot of that, the ghetto fabulous philosophy, was young Black girls wanting to live the fantasy outside of what was expected of them.”

On Lil Kim breaking out of the traditional feminist archetype:

It’s impossible to talk about Kim’s influence on fashion without mentioning Misa Hylton, the style architect who is responsible for many of Kim’s iconic looks. The two first met at Misa’s Scarsdale home circa 1993-1994 while the Notorious B.I.G. was in the process of recording his debut album with Puff Daddy. “Kim came and she was hanging out at the house and she was so fly and her hair was fly.” Misa and Kim “shared the same taste,” which was the foundation for their effortless collaborations. They naturally made magic together.

Misa is the mastermind behind Kim’s leopard bikini, her prismatic clothes in Crush On You, the Swarovski-embellished catsuit she wore to the 1999 Source Awards (inspired by Nija Battle’s furs) and the lavender pasty and jumpsuit she wore to the 1999 MTV Video Music Awards. The astonishing look might have been inspired by Missy Elliott, but it was carefully designed by Misa, who “wanted to make something really ornate and feminine and pretty, to offset the fact that she had one breast out,” she told PopSugar. A coloring mistake by Kim’s then-hairstylist Diane Alexander turned her typically-blonde wig purple, creating a look that has become one of the defining images of Kim’s career.

Earlier this year, Kim recalled to HelloBeautiful what it was like being embraced by designers like Donatella, Marc Jacobs, Alexander McQueen and John Galliano. “They embraced me quickly in my career and it was at a time where a lot of musicians were not being embraced by the major designers. I’m one of the first ones next to Diddy.

Lil Kim on being embraced by top designers:

“The fashion world has always used music as their motivation because I know when I used to fit and me and Marc [Jacobs] would have lunch in his showroom while he was creating looks for one of his fashion shows, he would always be playing my music,” Kim told us. “He would be playing How Many Licks, and I would be like, ‘You know this song?’ He would be like, ‘Girl, please!,’ and that’s when I first met him. I was so shocked, but I was more shocked that he knew almost every song!”

The trendsetter joyfully reminisced about the first time she met Marc Jacobs and how he recited the words to her fan-favorite How Many Licks.

For more of Hello Beautiful’s “Anatomy Of An Icon” issue feature on Lil Kim click HERE.