How YOU Doin’?! Things We Learned From Wendy Williams’ Lifetime Biopic & Documentary

That’s the question fans are asking after media titan Wendy Williams’ Lifetime biopic aired and shared intimate details about her life and longstanding career. The Wendy Williams: The Movie biopic premiered Saturday, January 30 and the talk show host let it all hang out.

The movie exposed several things; Wendy’s early life in Asbury, Park New Jersey, her ex-husband’s relationship with his mistress who lived less than 10-miles away from Wendy’s house, Wendy’s 90s drug use, Wendy nearly being jumped by Bad Boy records group, Total, and much, much, more.

The biopic was followed by a real and raw documentary titled Wendy Williams: What A Mess featuring Wendy dishing allllll about her own business while shedding tears in an NYC penthouse she purchased after filing for divorce.

Throughout the Wendy Williams biopic, Wendy was seen being told by her parents that she needed to lose weight. In one scene an 11-year-old Wendy broke a chair at a childhood friend’s birthday party. Wendy’s frustrated mother put her on a strict diet of tuna fish and mustard and Wendy quietly battled bulimia but stopped after learning that it could rot your teeth.
Wendy detailed that further in her post-biopic documentary Wendy Williams: What a Mess!. 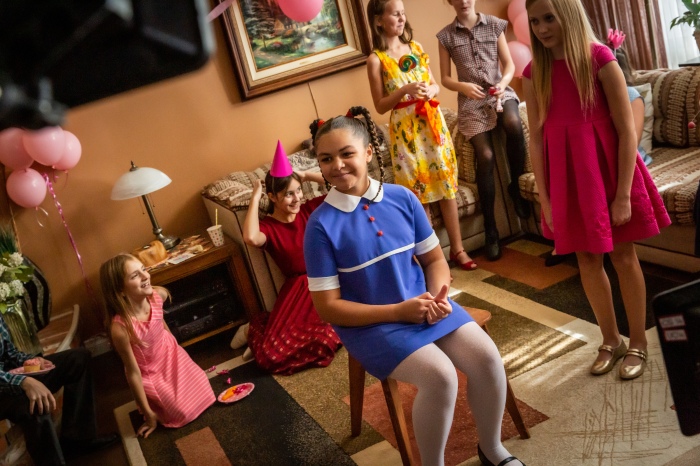 “I remember my first diet in first grade: tuna fish and mustard in a plastic container, a few grapes on the side,” said Wendy. “That’s it. I’d have to take the money off my father’s dresser, the change, and I would eat the school lunch. I’d eat the tuna fish and mustard, pull out my change, have an ice cream sandwich, chocolate milk, the whole bit. My father, the first man who loves you. The first message about my weight is, ‘Wendy, you have such a pretty face. If you just lose some weight…’ I would get weighed constantly by my mother and father.”

“It was one of the loneliest experiences of my life,” said Wendy’s character in the biopic about going to an abortion clinic to terminate her pregnancy.

Wendy revealed that she dated Eric B of Eric B & Rakim and it ended with a credit mishap and an abortion. In the biopic, Wendy was seen cozying up to the rapper who she says treated her as just a “booty call.” At one point, Eric B asked to borrow Wendy’s car and almost made her late for her shift at work. With that, she decided to rent him a car instead; big mistake. That lead to an arrest warrant for not returning a rented car and Eric “ruining her credit.” To make things worse she said she found out she “was carrying his seed.” 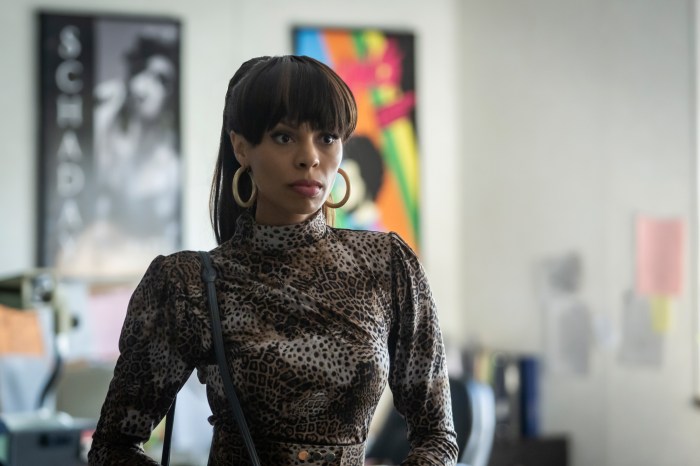 Wendy on to have a “starter marriage” with her first husband, as a “rebound” from her Eric B relationship.

“My relationship with cocaine was the most important relationship in my life,” said Wendy’s character in the biopic. “I was my own best friend.”

Wendy’s biopic and documentary delved deep into Wendy’s substance abuse struggles. The talk show host was seen in the biopic smoking crack and snorting cocaine noting that it suppressed her appetite and was “everywhere.” She admitted to getting high five-times a week.

“There was one particular night where I go to the bathroom, standing in the mirror, take my hit, pass all the way out down to the ground. My head hit the wall and I woke up,” said Wendy. “There was nobody at the station. I could’ve been dead. It’s a miracle I’m sitting here now, actually.”

Later in her documentary, Wendy shared that she actually had a scary moment working an overnight radio shift where she passed out and hit her head after snorting lines.

Wendy’s biopic and documentary explored her fertility issues, issues she thought were “karma” and “punishment” because of her gossip slinging and her previous abortion.

Wendy explored her fertility issues further in her Wendy Williams: What A Mess! documentary.

The radio host miscarried at seven weeks and then months later had another miscarriage at five months. Later, after getting pregnant a third time, her baby was stillborn at five months and it shook her to her core. “Why do my babies keep dying!?” she asked a doctor.

Kevin believed that God wouldn’t “bless them with a baby” unless they got married. So they tied the knot at the Justice of the peace.

“The entire city saw me have two five-month miscarriages,” Wendy tearfully recalled. “I was out doing public appearances with a burgeoning belly, and I had to deliver the babies with the epidural and the ‘push, push, push.’ And the nurses, they said, ‘Do you want to know if it’s a boy or a girl?’ I said, ‘No!’ ‘Do you want a funeral?’ I said, ‘Just go.’”

When Wendy got pregnant for the fourth time a doctor told her that her “cervix was a bit weak” and when she stands, her “body isn’t able to hold the weight of a baby.” With that, she went on bed rest for the entire 9 months while her “a**hole” bosses made her work her radio gig from the bed. The bed rest worked, Wendy welcomed her son Kevin Jr. in 2000.

Let us know your thoughts on both below.